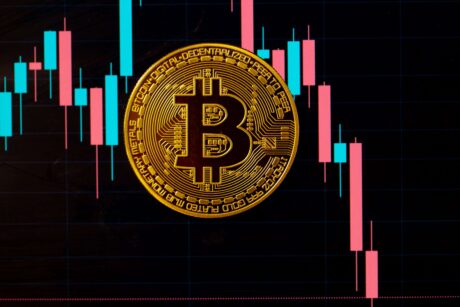 Former BitMEX CEO Arthur Hayes posted another prediction for Bitcoin and Ethereum. At the same time, the top cryptocurrencies by market cap continue moving in a tight range with today’s U.S. Consumer Price Index (CPI) increasing volatility across the board.

As NewsBTC has been reporting, Hayes believes the current financial system supported by the “Petrodollar” has ended. This opened the door for a new system where independent currencies, such as Bitcoin and Ethereum, will see more demand.

Ethereum stands to benefit the most in the short term as it will transition to a Proof-of-Stake (PoS) consensus algorithm. Thus, it’ll see a 99% decline in its energy consumption with a staking system that will yield rewards to network validators.

Institutions will take shelter from inflation using this system, Hayes argued. However, the top cryptocurrencies will undergo an increase in selling pressure in the short to medium term as the U.S. Federal Reserve attempts to tame inflation.

This will lead to a bloody financial market coming May when the FED will begin its tightening program. At the time, the former BitMEX executive claims Bitcoin and Ethereum show high levels of correlation with traditional markets, specifically the Nasdaq 100 Index (NDX).

In other words, crypto is trading as a big tech company. Hayes believes this correlation needs to trend to the downside before Bitcoin and Ethereum can begin their ascend to new all-time highs.

Before that happens, the NDX and the traditional market will be pushed into the red with potential drawdowns of 30% to 50%. This could take BTC and ETH to re-test their critical support zones at around $30,000 and $2,000, respectively.

Proof Of The Ethereum and Bitcoin Carnage

As evidence of this upcoming bloodbath, Hayes claims the NDX on its one-year chart demonstrates potential weakness. The Index failed to break above the 61.8% Fibonacci Retracement with a prolongation of the downtrend, this suggests further losses. Hayes said:

The chart tells me the NDX will continue lower, test its local low, and break decidedly below it. I believe the next stop after that is to test 10,000 (…). the crypto capital markets are the only free markets left globally. As such, they will lead equities lower as we head into the downturn, and lead equities higher as we work our way out of it. Bitcoin and Ether will bottom well before the Fed acts and U-turns its policy from tight to loose.

In the long run, Bitcoin will hit $1 million per coin and Ethereum over $10,000, Hayes previously stated. A lot depends on the FED which seems trapped in its current situation, and in the Ukraine-Russia conflict and its resolution.