Shiba Inu Could Be Bearish, But This Pattern Suggests Otherwise 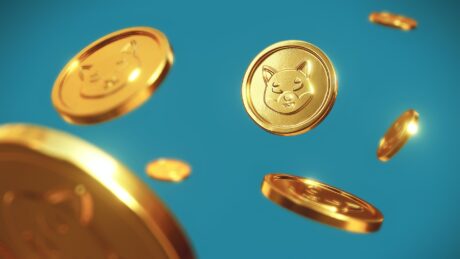 Shiba Inu had picked up momentum just a week back when it soared by 35% following the news of the Robinhood listing.

The broader market currently exhibits weakness as Bitcoin continues to struggle beneath the $40,000 mark. Ethereum also was priced at $2900 at press time. The king altcoin was rejected from the $3000 level over the past trading sessions.

Buying strength subsequently has been adversely affected owing to the consolidation. In the last 24 hours, Shiba Inu lost 3% of its value and over the past week, it depreciated by 7%. The global cryptocurrency market cap was at $1.93 Trillion with a fall of 1.4% in the past 24 hours.

Shiba Inu was priced at $0.00002369 at the time of writing. Prices had been moving sideways for a considerable period of time. Buyers have decided to steer clear of the meme-coin as the short-term reading depicts bearishness on the charts. The coin, however, flashes a bullish pattern on the one-day chart.

The above chart displayed the “Adam” and “Eve” pattern continuously for the 109th day and it continues to exhibit the same. This technical formation is considered to be bullish.

The two distinctive valleys that have formed on the charts are referred to as Adam (Triangle) and Eve (Semi-Circle). At $0.00003289, SHIB is expected to experience a break-out and then aim for $0.00004436 and that would mean a 60% hike from the current price level.

Consistent consolidation has left buyers in a dilemma, whether to HODL or not. As seen in the above chart, buying strength has considerably fallen over the past week. Over the next trading sessions, SHIB could breach its present price level and fall to the next price floor.

On the Relative Strength Index, SHIB was seen below the 40-mark which would soon touch the oversold territory. Upon touching the oversold mark, SHIB could fall further. Chaikin Money Flow that determines capital outflow, has suggested that inflows were lesser than outflows.

Shiba Inu is on a negative price momentum on the four-hour chart. Image Source: SHIB/USD on TradingView

SHIB’s prices were settled below the 20-SMA line since the past week and was the same at press time. This determined that sellers had control over the market and they were in charge of the price momentum. The above reading also confirmed the bearishness in the market.

Awesome Oscillator suggests the current price momentum of the coin. AO displayed red histograms underneath the half-line and that meant that SHIB was in negative price action. A resurgence of buyers could immediately help SHIB get out of the price consolidation.

Suggested Reading | Move Over Bitcoin – Is Shiba Inu The Next Crypto Gold?