Cardano To Increase Block Size By 10%, Can ADA Benefit From This Network Improvement? 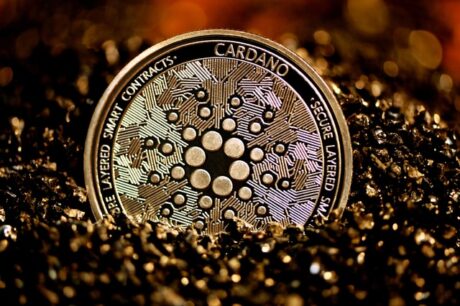 Via an official post, Cardano developer Input Output Global (IOG) confirmed the approval and implementation of a proposal to increase the network’s block size. Currently standing at 80 kilobytes (KB), the mainnet will see a 10% increase to 88 KB.

Set to roll out today April 25 at 20:20 UTC, at the boundary of epoch 335, as confirmed by the company. IOG called this proposal a “significant network enhancement” set to increase Cardano’s throughput and the performance of its decentralized applications (dApp).

As the company reiterated, Cardano has been experiencing a series of network upgrades that will allow it to improve its scaling capabilities in 2022. As the block size increase, IOG added, they will keep a close eye on it for future changes:

Once deployed, we shall monitor network performance and behaviour closely over at least one epoch (5 days) to determine the next increment. Cardano has seen phenomenal growth in recent months, with performance improvements to match.

Furthermore, the company claims that Cardano has been experiencing a “huge recent rise in transaction volume”. In that sense, with the addition of more improvements, they expect this trend to continue.

IOG is focused on optimizing Cardano as it prepares for its next Hard Fork Combinator (HFC) event set for around June this year. IOG added:

Cardano is one of the most decentralized blockchains in the world, built for correctness and security. As the ecosystem grows, we’re focused on delivering the scaling phase of our roadmap; improving speed and network capacity while maintaining security and decentralization.

As NewsBTC reported, the network seems to be experiencing an increase in institutional demand, per data from IntoTheBlock.

On-chain transaction volume for ADA appears to be in an uptrend since the start of February. This data seems to match with IOG’s statements about Cardano’s growth.

Yesterday, a total of 69.09b $ADA were moved in these large transactions, representing 99% of the total on-chain volumehttps://t.co/8ME8STvRSF pic.twitter.com/aqH7hYIPiV

Data from Token Terminal paints a different picture. As seen below, ADA’s trading volume saw a massive increase in late 2021 as the cryptocurrency began a persistent downside price action.

ADA’s price trends to the downside with its trading volume. Source: Token Terminal

This suggests investors started taking profit on ADA at that time. Since that period, the cryptocurrency saw an uptick in trading volume during January which led to further losses for ADA.

Only the increase in trading volume for March and April has led to profits for this cryptocurrency. Remains to be seen if the network improvements, as IOG claims, will be effective at bringing more users into the Cardano ecosystem which could result in sustainable price recovery.

Related Reading | New Wallets Surge On Cardano, What’s Behind This?

CEO at IOG Charles Hoskinson addressed ADA’s recent price action. In response to a holder’s concerns about the cryptocurrency’s recent downtrend, and what are the possible factor behind it, Hoskinson said:

Nothing. Markets move up and down. Cardano is stronger and more useful as an ecosystem than it’s ever been.

ADA’s price is on a downtrend on the 4-hour chart. Source: ADAUSDT Tradingview