Bitcoin Gives Bullish Clues, Will The FED Meeting Get In The Way? 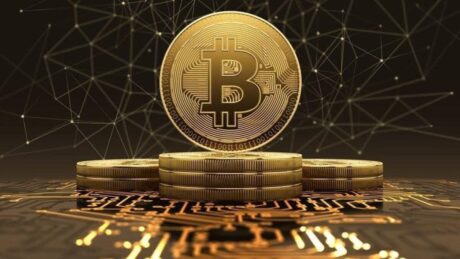 Bitcoin is still stuck in the $38,000 area with sideways movement during the past week. The first crypto by market cap has displayed resilience as traditional finances take a bearish turn.

This will be the first 50 bps hike in over two decades, according to trading firm QCP Capital. The firm believes that Bitcoin and the crypto market have been suffering because of several factors.

These include a dropped in equities, with the NASDAQ Index and the S&P 500 recording 13% and 9% losses in 30 days. Bitcoin has been moving in tandem with big tech stocks. Therefore, the crash was expected, but not the subsequent strength.

The latter has been underestimated by market participants. The general sentiment in the crypto market seems bearish despite Bitcoin’s capacity to hold critical support at its current levels.

In addition to the macro-outlook, QCP Capital believes there has been an increase in negative headlines which contributed to the losses. Several DeFi protocols suffered exploits over the past week, and other networks experienced outages.

However, the trading firm noted the following:

In spite of the overall bearishness, we’ve actually been seeing decent upside demand both in the front-end as well as out to September and December.

In the options market, QCP Capital records an increase in demand for calls for Bitcoin at $40,000 in May. Thus, the cryptocurrency could rally in the coming days as the FED’s announcement seems to be priced in.

Bitcoin Shows Some Bullish Signals, But Doom Is Still In The Cards

Analysts from Material Indicators seem to support the short-term bullish thesis. This could provide Bitcoin with support to get back into the $40,000 levels.

As one analyst recorded, for the first time in a while, exchanges’ order books show that big players have been stepping up and buying into BTC’s current price action. In past months, the cryptocurrency has been able to bounce, but any rally has been rejected at critical resistance.

#FireCharts CVD is showing #BTC Whales and Mega Whales have been market buying in this range and a rounding bottom pattern is forming. A relief rally may be coming. Doesn’t mean the macro bottom is in. #NFA #Crypto #tradingpsychology https://t.co/VzE3V2kA8Q pic.twitter.com/MmIyleHGer

Another analyst claims the U.S. dollar could present some losses as it trends downwards into “weak” support at $0.95 in the EUR/USD chart. The analyst said the following hinting at the possibility of another “dead cat” bounce and more downside price action for BTC:

Last time it hit one of these was in the first March week. BTC rallied afterwards. So, now that it hit another level, maybe BTC will give us another exit pump before doom?