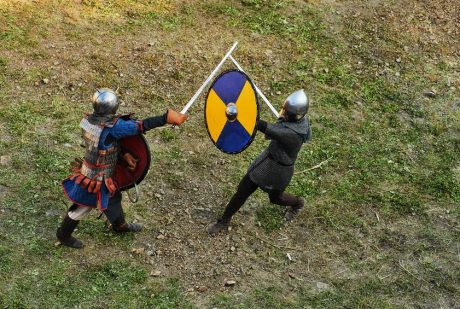 Litecoin major update MimbleWimble (MWEB) has been approved by a majority of the nodes and locked in for activation. This process will be completed in the next two weeks, at the height of block 2 million, or May 19th, according to David Burkett, lead MWEB developer.

Related Reading | Bitcoin Collapses By Most In Nearly A Month – Its Golden Days Are Over?

Burkett confirmed that users with the updated version (0.21.2) of the software will be able to start transacting with MWEB capabilities. This version is set to be released today after multiple years of development. Burkett said:

Anyone interested in using the MWEB, and especially those who installed one of the earlier release candidates, should upgrade to the official v0.21.2 before MWEB activates. If you wait until after MWEB activation to upgrade, you’ll unfortunately be required to resync the blockchain from scratch.

The most highly anticipated upgrade since its inception, MimbleWimble will provide Litecoin users with better performance and privacy capabilities. This could create more demand for the underlying cryptocurrency as it currently trades in tandem with larger cryptocurrencies.

The lead developer clarified that the upgraded wallet has been “solid”. However, there have been some changes as a result of fixed issues found during the update’s testing phase.

In a previous post, Burkett explained in greater detail some of the issues fixed during MWEB’s testing phase. These included fixing the wallet transaction history, issues with the mining logic, and a change in the spend code to prevent a bug with the subtract fee from amount functionality.

(…) the consensus logic has been solid for a while now, the wallet has undergone drastic changes these past few months as we worked to resolve issues found during testing. The major workflows all seem to be working well now, and I expect most people to be able to use MWEB without issue

Can The Price Of Litecoin Benefit?

At the time of writing, Litecoin (LTC) trades at $96 with a 22% loss over the past month and a 73% loss in one year. There seems to be no reaction from market participants over the upcoming release of MimbleWimble.

LTC’s price on a downtrend on the 4-hour chart. Source: LTCUSD Tradingview

Despite it being one of the most anticipated updates, LTC’s price seems to be following Bitcoin and larger cryptocurrencies in the short term. Data from material indicators point to two important facts for the future of LTC.

First, as seen below, retail and small investors (yellow and green in the chart) have been buying into the recent price action which supports the thesis that MWEB is an expected update. Probably, these investors expect appreciation in the long run as MimbleWimble could open the door to new use cases for Litecoin.

Retail investors (in green and yellow in the chart) buy LTC, as large investors sell (In purple and red) since April 2022, in a 1-week timeframe. Source: Material Indicators

Other investors classes have been selling into the price action until very recently. Investors (in purple above) with asks orders of over $100,000 seem skeptical about LTC’s price and have been dumping since April.

Related Reading | Bitcoin Tumbles Below $36K, Altcoins In Red Too

These investors have been slowing down on their selling pressure, at least, for short timeframes. However, buyers could have a hard time getting above $100 as there are almost $10 million in asks orders around those levels.