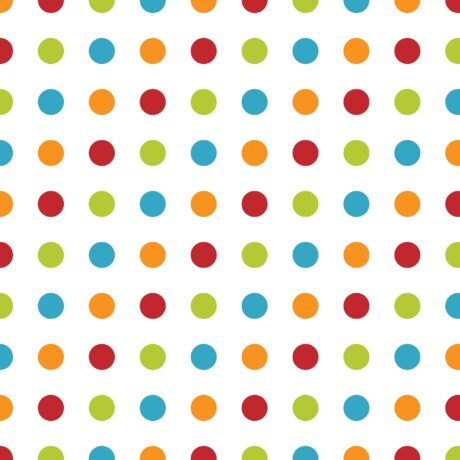 Mangata Finance, the Polkadot-based DEX, is all set for launch on June 6th.

Recently, it had a successful crowdloan that was closed in just under an hour that secured it a slot on Polkadot’s innovation network Kusama. Over $2 million in value was bonded through the crowdloan, a process of staking Polkadot (DOT) tokens to support a specific project in the Polkadot Slot Auction, in return for which participants receive rewards from the projects.

The project also raised $4.2 million in equity, which came shortly after the launch of its first blockchain on the Kusama network, which raised the Polkadot startup’s valuation to $60 million. New investors including Signum Capital, IVC, Figment, ZMT Capital, AngelDAO, and Paribu Ventures joined the returning investors Altonomy, Polychain, and TRGC in this strategic round.

“Altonomy believes in Mangata’s efforts around connecting major blockchains, improving security for traders, and helping reduce fees by eliminating gas from the equation, which is why we returned for a second round of funding,” said Altonomy Director Ricky Li.

Olaf Carlson-Wee, the founder and CEO of investment firm Polychain Capital, was actually the first one to fund Mangata’s vision of efficient DEXes without MEV.

The Slovakia-based Mangata is both a blockchain and DEX that will be connected as a parachain in the Polkadot ecosystem. By choosing Polkadot for its multi-purpose DEX, Mangata wants to leverage the key value proposition of Polkadot, which is interoperability.

Polkadot is a layer 1 blockchain network designed to support various interconnected, application-specific chains called parachains. Each chain built within its network uses the Substrate modular framework of Parity Technologies, allowing developers to select specific components that suit their chain the best and optimize their chains for specific use-cases

This entire ecosystem of parachains plugs into a single base platform called Relay Chain. This base platform is responsible for providing security to the network’s parachains and contains Polkadot’s consensus and voting logic.

Mangata is a one-stop-shop for easy and secure trading of Polkadot (DOT) assets while serving as a bridge between Ethereum and Polkadot so that assets can be seamlessly migrated on-demand between the two ecosystems.

It is actually the first parachain to build a specialized ETH <> Polkadot trading UI. Besides connecting these two significant blockchains, Magnata connects other popular layer 1 blockchains; Cosmos, Solana, and Avalanche.

Founded in 2020 by Peter Kris, who previously founded European web3 studio Block Unison, and CTO Gleb Urvanov, a computer scientist, Mangata aims to solve some of the biggest problems in terms of insider trading and institutional adoption that DeFi and the crypto market faces at large. Other barriers to mainstream DEX adoption involve complex structure, price oracle manipulation, and flash loan attacks.

With a team of 14 people, which includes software engineers, product designers, blockchain experts, and business strategists, Mangata believes it is uniquely positioned to deliver on its goal of eliminating these problems.

To advance the adoption of DeFi and crypto, Mangata will be using its funding to offer low fixed fees per operation, capital efficiency via on-chain limit orders, and MEV prevention while providing the first UI to trade ERC20 tokens with native Polkadot assets.

This community-driven DEX is secured through its unique Proof of Liquidity mechanism, which reuses liquidity to ensure chain security. This helps create deeper liquidity pools, increases capital efficiency, and allows stakers to be rewarded twice.

“Mangata’s unique Proof-of-Liquidity mechanism raises the bar on chain security and staking rewards, and our no-gas economy does away with slow, expensive settlements rampant on other blockchains. This latest round of funding will enable us to continue our mission to create a better crypto market for everybody within the Polkadot ecosystem and beyond,” said CEO Kris.

Moreover, the project deliberately does not support smart contracts, self-executing contracts directly written into lines of code, to further shield itself from exploitation by malicious actors or bots.

The first production-ready Layer-1 DEX blockchain also prevents dominant forms of price manipulation and maximal extractable value (MEV). While other blockchains are vulnerable to frontrunning bots, Mangata DEX stops them on the consensus layer with a new block production method, Themis architecture, which makes frontrunning next to impossible.

On top of all these benefits, Mangata’s design eliminates gas from the swaps equation entirely, while other blockchains like Ethereum charge extremely high gas fees, pricing out small users. This allows for faster settlements at no additional cost, as well as new strategies like dollar-cost averaging.

The way the DEX is designed ensures fixed fees while providing greater control over trading costs and increased opportunities for arbitrage.

Besides addressing the limitations of DeFi, Mangata has also implemented a novel algorithmic buy and burn mechanism that will reflect the protocol’s success in the price of its native token MGX.

The way this mechanism works is 0.05% of the 0.3% commission charged by Mangata X will be used for this algorithmic buy and burn. Meanwhile, 0.2% will go to liquidity providers as LP fees and 0.05% to the Treasury.

MGX is hard-capped at 4 billion, and right at the launch, 1 billion MGX will be released to allow for deep liquidity. Eighty percent of MGX tokens’ supply will actually be distributed to the community, out of which 30% is set aside for validation rewards, and 37.5% is for LP rewards.

Now, ahead of its launch, Mangata is partnering with other DeFi protocols like Acala, Oak Network, Bifrost and Moonriver as it moves forward to make the cross-chain future happen and allow tokens to flow freely from one blockchain to the other.

All in all, Magnata aims to create a high-quality trading system that facilitates community access to early-stage Polkadot projects.