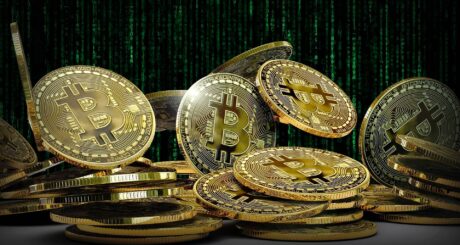 Bitcoin continues to move sideways in the $30,000 area. The general sentiment in the market points to extreme fear levels and uncertainty as to the number one crypto by market cap trades without clear direction.

Per a report from Arcane Research, Bitcoin has been making history over the past weeks. The current downtrend could be one of the worst since BTC’s inception as the cryptocurrency recently recorded its first eight consecutive weeks in the red.

Therefore, it should operate as strong support and as an important point to determine any future price action. If this level fails, Bitcoin could retest the $25,000 mark and the $20,000, which stands as the cryptocurrency’s previous all-time high.

Data from Material Indicators and Jarvis Labs provides clues about what is brewing in the market after the recent major move to the downside. During this time, the market usually enters a long consolidation period as liquidity pools below and above BTC’s price are formed.

Large market participants are usually incentivized to move the price of a cryptocurrency towards those liquidity pools. This suggests a potential retest of BTC’s price current lows and critical support zone to grab liquidity below before the cryptocurrency can move higher. The opposite could be in the cards.

Source: Jarvis Labs via Twitter
Who Is Buying The Bitcoin Dip?

Additional data provided by Material Indicators, for low timeframes, indicate important support for BTC’s price at around $29,000. There are $45 million in bid orders around those levels, one of the largest supports in recent months.

As seen below, this suggests the bears might have a difficult time pushing the price of Bitcoin below its current levels.

On higher timeframes, the support at $29,000 seems strong. Material Indicators record an increase in buying pressure across several investors.

However, investors with larger orders of over $1 million (brown in the chart below) appear to be selling. This could be contributing to BTC’s consolidation.

If the whales reduce their selling pressure, maybe BTC could see some relief towards the liquidity pools pointed out by Jarvis Labs. However, market participants should be careful of a potential re-test of $25,000 and $28,000.

Liquidity around those levels could become more attractive, especially if the price of Bitcoin gets some relief in the short term.