Cardano At $0.56, Here Are The Crucial Trading Levels For The Coin 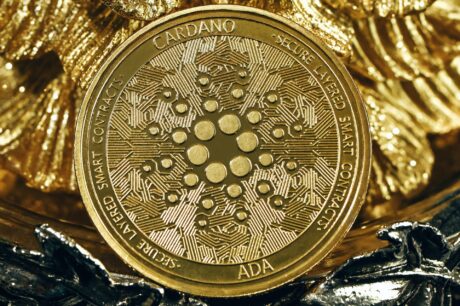 Cardano consolidated after the coin attempted to rise on the one day chart. Bitcoin extended losses so broader market continued to flash signs of weakness. The one day chart displays mixed signals which could also mean that the coin might be attempting to head north.

Over the last 24 hours, ADA gained just 1% as it was primarily consolidating. In the last week, the coin substantially gained over 22%. Buyers in the market also attempted to display strength as the coin saw bullish presence over the past week.

If buyers continue to remain in the market then ADA might push and trade near immediate resistance of $0.60. The price of ADA might fluctuate if sellers regain strength which could make the bears take over the market.

Cardano Price Analysis: One Day Chart
Cardano was priced at $0.54 on the one day chart | Source: ADAUSD on TradingView

ADA was trading at $0.54 at the time of writing. After soaring by almost 22% over the last week the coin registered mundane price action. Its immediate support line was at $0.47. A fall below which could drag XRP to a low of $0.40.

The overhead price ceiling for ADA rested at $0.62 and for the bulls to regain strength, Cardano atleast needs to trade above the $0.70 price mark. As the coin displayed sideways trading, a move on the up can be anticipated. The volume of the coin traded was recorded in green signifying bullishness.

Technical Analysis
Cardano’s buying strength was recovering on the one day chart | Source: ADAUSD on TradingView

The recent bloodbath in the crypto market had pushed Cardano to fall into the oversold zone. The coin was last oversold before this in the month of December 2021. On the Relative Strength Index, the altcoin had tried to peep above the half-line.

This signified bullishness. At press time however, the Relative Strength Index noted a small downtick. Despite the small downtick the altcoin was still dominated by buyers.

Cardano flashed a buy signal on the one day chart | Source: ADAUSD on TradingView

As buyers returned to the market, the Moving Average Convergence Divergence also turned positive. MACD flashed green signal bars as the bulls resurfaced in the market. These green bars can also be construed as buy signals.

The incidence of buy signals in the market also agrees with the Relative Strength Index. Chaikin Money Flow which is an indicator that measures capital inflows and the outflows showed signs of recovery.

Although there was an increase in capital inflows, CMF displayed a downtick that can be tied to capital inflows falling at the time of writing. ADA’s price is still on the lines of optimism if buyers continue to drive the momentum.

Related Reading | Solana Below $40 Amidst Network Outage, Are The Bears Back?