Why Commodities Could See Decline Soon, Good News For Bitcoin? 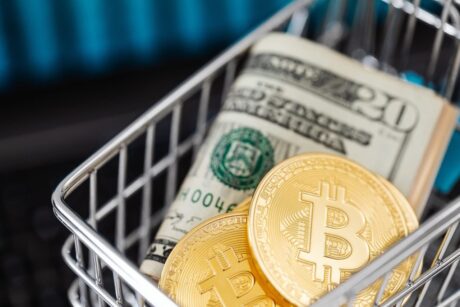 Global commodities could be about to take a hit, the move might translate into some relief for Bitcoin and the crypto market. The nascent asset class has been experiencing downside pressure as the U.S. Federal Reserve (FED) is set to stop inflation from worsening.

At the time of writing, Bitcoin (BTC) trades at $31,300 with a 4% profit in the last 24-hours. In the past week, the benchmark crypto records a 6% profit. BTC’s price has finally broken its consecutive weeks of trading in the red.

The trend could extend in the short term. According to a report from Senior Commodity Strategist for Bloomberg Intelligence Mike McGlone, commodities might be about to take a turn to the downside.

The report claims the following as it examines the Bloomberg Commodity Spot Index and the factors hinting at an increase in selling pressure for this sector:

Commodities may be swinging toward the downside in 2H, just like they did in 2008, We see parallels in 2022 and rising risk for a similar, roughly 50% plunge (…). Slumping lumber and copper may be early warnings that the higher price cure is gaining traction.

The Russia-Ukraine war, McGlone said, and a dropped in global liquidity. The expert claims the expansion of money supply in the U.S., as a result of the COVID-19 pandemic, is reversing.

With the narrative shifting away from this disease, the perception that the world is moving on from COVID-19, and high inflation in the U.S., is the key factor behind the increase in commodities. This could be a headwind for this sector in the short term, but good news for Bitcoin. McGlone noted:

If commodities keep rising, there are more threats to economic growth, and the Federal Reserve could be further emboldened vs. inflation. Gold may be a 2H price leader.

More Blood In Bitcoin Ahead? Why The FED Seeks Pain In Risk Assets

As NewsBTC reported, a decline in commodities prices could have the opposite effect on Bitcoin and risk-on assets. If the FED sees its tightening policy as being effective, it could be more likely to be less aggressive.

A fresh rally in commodities is a “threat” to economic growth, which would tell the FED that it needs to be more hawkish, which would translate into more pain for Bitcoin. McGlone noted the following in this scenario as BTC’s price, correlated with traditional stocks, such as the S&P 500 and Nasdaq 100 are currently trading above critical support:

The S&P 500 sustaining below 4,000 represents an ebbing tide for all risk assets, notably industrial metals, and support for gold. If equity prices keep sinking, the Federal Reserve will get some help arresting inflation (…).

After an important decline in the price of traditional equities, the U.S. financial institutions appear to be effective at stopping inflation. However, McGlone added, the pain in Bitcoin, stocks, and risk-on assets could be in its early stage:

but the underlying potential for what we see as the great reversion of risk assets in 2022 appears in early days (…) despite a 20% retreat in the S&P 500 indicates that prices haven’t sufficiently declined.