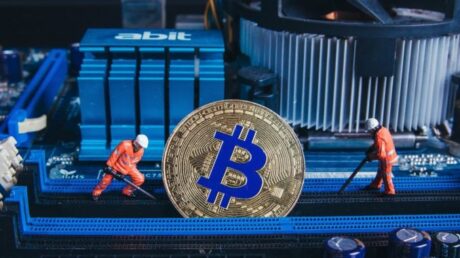 Bitcoin miners have been one of the worse-hit following the decline in the price of the digital asset. After what can be said to be a wonderful run towards the end of 2021, the miners have now hit a rough patch where their revenues have been dropping. The previous week would prove to be no different, signaling a continuation of lower cash flow on the part of miners, as the daily miner revenues remain depressed in the first week of June.

Bitcoin miners have not had the best couple of months now. With the price of bitcoin dropping, miner revenues have taken a hit. This had seen their daily figures drop to $26 million the previous week and with a 1.47% increase last week, daily miner revenues had jumped to $27.19 million. This is a far cry from what miners were earning when the price of the digital asset had hit its all-time high.

Back in November 2021 when bitcoin had been trading as high as $69,000 apiece, daily miner revenues had come out to a cumulative $62 million. This means that daily miner revenues have declined more than 50% in the past six months alone. This drop in profitability has spurred some miners to begin selling their holdings to finance their operations.

The percentage of miner revenues made up by fees remains average at 1.67%. There was no growth at all in this metric from the past week even though most had turned green. Transactions per day were up 0.23% but remain low.

BTC down more than 50% from ATH | Source: BTCUSD on TradingView.com

Daily transaction volumes were up for the past week though. A 9.92% increase in transaction volumes saw it move up from $4.595 billion the previous week to the $5.051 billion figure that was recorded last week, emerging as the metric with the highest growth for the last seven days.

The bitcoin hashrate has been going the way of the daily miner revenues as this, too, had been on a decline recently. The drop in mining revenues has been the biggest factor in this drop in hashrate. While some miners have been able to sell shares or their BTC holdings to finance their mining operations, others have found themselves unable to keep up. As such, they have had to unplug their rigs and take a bow out of the market.

The result of this has been a 10% drop in the bitcoin hashrate over the last month. Block production has taken a hit due to this as the number of blocks per hour is now sitting at 5.85 blocks per hour, representing a 1.11% decrease from the previous week. Average transactions per block are up, however, recording a 0.23% growth in the last 7 days.

More miners with high production costs are expected to stop operations if there is no improvement in daily miner revenue. At 6.25 BTC rewards per block mined and lower prices, a lot of miners will likely run into losses.

A decrease in mining difficulty is expected to take place on Wednesday, hopefully triggering a recovery in the hashrate.

Featured image from Coingape, charts from Arcane Research and TradingView.com