TA: Bitcoin Stuck In Key Range, Why A Major Breakout Is Possible 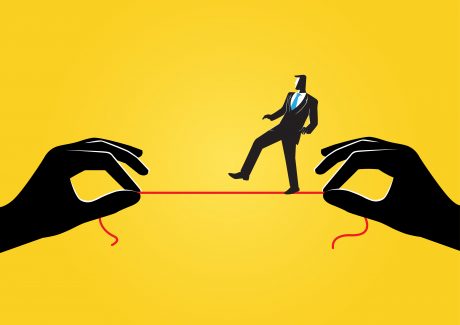 Bitcoin is holding the key $29,500 support against the US Dollar. BTC must clear the $31,500 resistance zone to start a major increase in the near term.

Bitcoin is showing a few positive signs above the $29,500 support zone.
The price is now trading below the $30,500 level and the 100 hourly simple moving average.
There is a major contracting triangle forming with resistance near $31,250 on the hourly chart of the BTC/USD pair (data feed from Kraken).
The pair could start a strong increase if there is a clear move above the $31,500 resistance.

Bitcoin Price Remains In A Range

However, the price struggled near the $30,700 level. Bitcoin is now trading below the $30,500 level and the 100 hourly simple moving average.

A clear move above the $31,250 resistance level could send the price further higher. The next major resistance might be $32,000. Any more gains might call for a trend change and a move towards the $33,200 level.

If bitcoin fails to clear the $31,250 resistance zone, it could start another decline. An immediate support on the downside is near the $30,000 level.

Hourly MACD – The MACD is now losing pace in the bearish zone.

Hourly RSI (Relative Strength Index) – The RSI for BTC/USD is now just below the 50 level.