Bitcoin At $20K Could Be ‘New Bottom,’ Commodity Expert Suggests, And Here’s Why 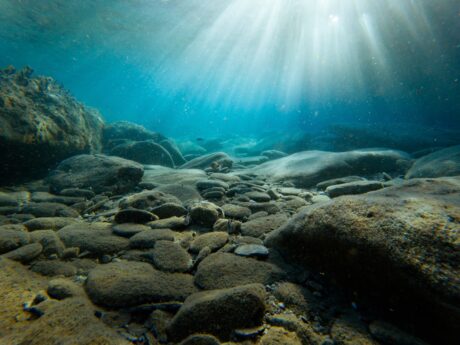 Bitcoin has been increasingly in a shaky state and has dropped by as much as 50% compared to its previous all-time high. All eyes are on the crypto alpha dog, watching its next price movements.

On the other hand, many market analysts believe that the drop in BTC trading value is a jumping board towards massive growth.

As a matter of fact, Mike McGlone, Bloomberg Intelligence Senior Commodity Strategist, on his recent tweet, said that the crypto’s plunge is normal as the coin is still trying to get the hang of it as it faces a massive test.

“$20,000 Bitcoin may be the new $5,000. The fundamental case of early days for the crypto’s adoption vs. diminishing supply may prevail as the price approaches too-cold levels. It makes sense that one of the best-performing assets in history would drop in 1H.”

McGlone has always been extremely bullish about BTC believing that the king of cryptocurrency will regain its dominion and power as the most important crypto investment. In fact, the senior commodity strategist believes that once the market has stabilized, Bitcoin is set to outperform all other crypto assets.

Further, the finance experts states that BTC can’t be classified as an asset but rather a collectible. McGlone firmly stands by his own price projection that Bitcoin will reach $100,000 by 2025 and its current dip or correction is attributed to the worsening inflation.

The majority of crypto fund managers surveyed by financial services firm PWC believe that the price of bitcoin will be between $75,000 and $100,000 by the end of the year.

The data in the report comes from a survey of 77 crypto hedge fund managers conducted in April, PWC said, adding that their total assets under management for last year amounted to $4 billion.

While McGlone has maintained his bullish stance, other crypto market strategists like Peter Schiff believes otherwise. Schiff sees Bitcoin’s decline as it is and says that it’s the long-anticipated bubble burst that is bound to make the market bleed.

Currently, BTC trades at $21,200 and trying to stay above and thriving beyond $20,000. The frontrunner in crypto has also led all other cryptocurrencies in shaving off as much as $360 billion in just one week.

Bitcoin’s price seems to do a free-fall trajectory as it nears the critical $20K level. BTC is said to be technically oversold as it has recently breached the $30K support level and going down with increased momentum and two things are bound to happen: either Bitcoin pulls back and goes for a bullish run — or head further down or what analysts refer to as the “bottom accumulation phase.”

Featured image from The Naked Scientists, chart from TradingView.com