Why Bitcoin Could Take Another Bite At $17K 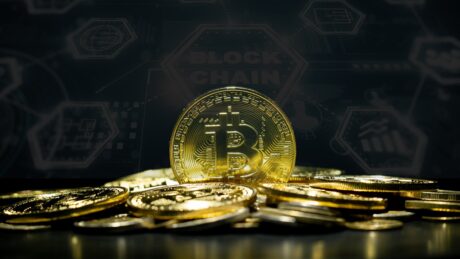 Bitcoin is back above $20,000 after seeing some relief during the weekend. The number one crypto by market cap dropped below its 2017 all-time high as selling pressure increased driven by the current macro-economic environment.

Hayes believes that Canada’s Bitcoin Purpose Exchange Traded Fund (ETF) was potentially responsible for the downside price action. The investment vehicle is settled by physical BTC and, according to Purpose, when a client buys the ETF, they are buying “real Bitcoin”.

The former BitMEX CEO claimed he is unfamiliar with this ETF’s redemption process. However, the investment vehicle appears to have dumped 24,500 BTC into the market, as seen below.

This represents almost 50% of the ETF’s assets, if the BTC was sold in a rush, it seems logical that Bitcoin lost support at around $20,000 and was forced to trade lower with the rest of the crypto market. Buyers showed up and absorbed the downside price action.

This enabled Bitcoin to reclaim the $20,000 area and showed that Bitcoin gets bough quickly below these levels. Hayes said the following about the conditions that took BTC’s price to fresh lows, and why it experienced relief:

Over the weekend, while the fiat rails are closed, $BTC dropped to a low of $17,600 down almost 20% from Friday on good volume. Smells like a forced seller triggered a run-on stops. After the sellers dumped their bags, the market quickly rallied on low volume.

Why Bitcoin Could See More Pain

The initial reaction to the downside pressure was good, but as Hayes explained, it happened during a low weekend with low volume across exchange platforms. The crypto market could see BTC’s price taking another swing at the lows. The former CEO said:

Given the poor state of risk management by cryptocurrency lenders and over generous lending terms, expect more pockets of forced selling of $BTC and $ETH as the market figures out who is swimming naked.

As this structure, which contributes to spikes in selling pressure, remains intact bears could continue pushing B’C’s price down. In the meantime, long-term players have an opportunity to increase their holdings, Hayes concluded:

Is it over yet … I don’t know. But for those skilled knife catchers, there may yet be additional opportunities to buy coin from those who must whack every bid no matter the price.