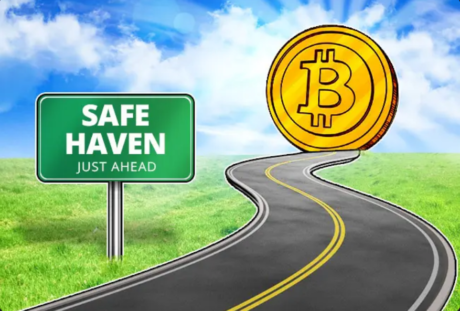 Bitcoin could be up with some positive vibe in the coming days.

Following last week’s calamitous meltdown that chopped more than 30 percent off the value of prominent cryptocurrencies, including Bitcoin, the broader crypto markets have made a modest comeback.

After a sharp decline, Bitcoin’s price has stabilized at $17K, which is a far cry from its all-time peak in November of last year. According to experts, this price range is a crucial support zone for the cryptocurrency.

Sunday’s Coingecko statistics indicates that Bitcoin (BTC) has increased by more than 14% over the past week, trading at $21,700 at the time of writing.

Bitcoin Gets Some Good Dose Of Optimism

Bitcoin rose beyond the top limit of its trading range on Friday as optimism settled back into the expectations of traders.

Since Wednesday, when it dipped below $20,000, the BTC/USD pair has risen, while U.S. markets have cooled ahead of the weekend.

Earlier this month, the leading cryptocurrency by market capitalization plummeted below $17,600 due to severe selling pressure. According to CoinGecko data, Bitcoin plunged by as much as 69% from its record high.

Bitcoin’s mining difficulty achieved its second-largest decline for 2022 on Thursday.

Bitcoin’s slump has paused after a quick decline from $32,000 following the breakout of a bearish flag. The $17K-$20K region of the coin’s ATH is providing stable foundation, resulting in a price rebound towards the $24K and possibly the $30K level of major resistance.

In the meantime, Bitcoin’s focus on Sunday was $21,000 despite warnings that volatility might still shake the market before Monday.

BTC/USD Trading In A Higher Range

After U.S. stocks finished the week on a good note, TradingView data suggested that BTC/USD was trading in a generally higher range.

As highlighted by market observer Holger Zschaepitz, the S&P 500 completed its second best week of 2022, indicating a minor improvement in risk assets.

Bitcoin’s institutional acceptance is increasing, and more institutions are seeking to add Bitcoin exposure to their balance sheets. This indicates that supplies will become more constrained in the future.

According to the central bank’s chairman, the Federal Reserve is keeping a careful eye on the cryptocurrency industry but is not concerned.

Fed Chairman Jerome Powell stated before a Senate committee that the central bank does not see any “macroeconomic repercussions” from Bitcoin and the larger crypto market’s dramatic price swings, but that stronger regulation is still necessary.