Dogecoin Has Formed A Bullish Reversal Pattern, What’s Next? 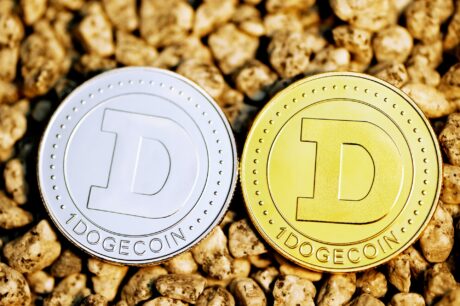 Dogecoin’s price has been optimistic over the last week. The coin secured double digit gains over the last seven days, it rose by nearly 20%. The meme-coin has been experiencing rigid resistance at the $0.07 level and if it trades around the current price level, it could fall to its next support line of $0.05.

The bulls have tried to show signs of recovery as the coin tried to move upwards slowly over the past few days. On the shorter time frame, DOGE has lost some of its market value. Over the last 24 hours, Dogecoin depreciated by 4%.

Technical outlook for the coin has also depicted some bullishness as the coin went north by almost 20%. Buying strength also recovered over the last week, but as the meme-coin depicted some bearishness over the shorter time frame, currently sellers are more in number.

Even though on the four-hour chart DOGE depicted negative price movement, the coin has displayed a bullish reversal pattern. The global cryptocurrency market cap today is $979 Billion with a 2.9% fall in the last 24 hours.

Dogecoin Price Analysis: One Day Chart
Dogecoin flashed a bullish reversal on the one day chart | Source: DOGEUSD on TradingView

DOGE was priced at $0.072 on the one hour chart. The coin has been stuck at the same resistance level for a couple of weeks now. A fall from the current price level will push Dogecoin to $0.060, failing to stay above which the coin can attempt to trade at $0.047.

Overhead resistance for the coin stood at $0.08 and then at $0.09. On a relatively longer time frame, the coin has formed a bullish reversal pattern.

This technical pattern is tied to an extended trend reversal in an ongoing bear market. The pattern is characterised by three phases which are the Lead-In phase, Bump and finally the Run phase.

At the current moment, Dogecoin was in the bump phase which will be followed by the run phase that will overturn the bearish price action.

If this happens the coin could touch the $0.090 and then the $0.011 level. Volume of Dogecoin traded fell indicating that the buying strength has fallen on the chart.

DOGE was inclining towards a bearish price action. It even formed a rising wedge pattern on the four hour chart.

The Relative Strength Index also depicted a downtick signifying that buyers were fading out of the market. A rising wedge pattern is tied to a bearish price signal.

It could be possible that over the immediate trading sessions DOGE might register some bearishness. On the longer time frame, the coin could recover.

On the 20-SMA indicator, the coin was above the 20-SMA line. This indicated that despite falling buying pressure, buyers were still driving the price momentum.

In consonance with the technical outlook on the four-hour chart, the coin registered a sell signal. The Awesome Oscillator which depicts the price momentum painted a red signal bar.

The red signal bar is tied to a sell signal on the chart. Parabolic SAR indicates the current trend and also the trend reversals.

Dotted lines underneath the candlesticks are a signal of bearishness on the chart. It could be so that that the coin might dip over the immediate trading sessions and then move upwards.

Related Reading | Cardano Formed This Pattern On Its Chart, Where Is The Coin Headed?