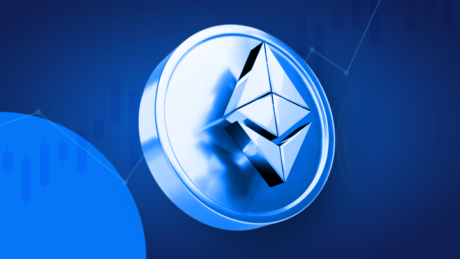 Institutional investors have been bearish toward Ethereum for a while now. There have been outflows rocking the digital asset until it ended its 11-week streak with inflows for last week. However, this does not mean that positive sentiment had returned entirely to the cryptocurrency once more. The numbers on the CME show that institutional investors remain wary and even bearish toward the second-largest cryptocurrency in the market.

Ethereum Falls Into The Negative

The Ether futures on the CME have been trading on a negative basis lately, which basically means they are trading below spot. This has caused the Ether Futures on the come to decline to the lowest they have ever been since inception.

The Ether-denominated open interest on the CME had previously claimed a new all-time high back in April. But since then, has continued to decline, with more drops recorded over the last weekend. This has spelled a bad streak for the month of June.

As the month draws to a close, the three-month Ether basis has now decoupled from bitcoin and has been trading below spot, which had been recorded on June 23rd. Hence marking the first time that the Ether basis would ever decline so low.

Asset managers have now moved to a predominantly bearish stand following this. It has been recorded that they have been net short on Ethereum since mid-June when it stood at $37 million. This number has since dropped but only slightly to be resting at the $32 million that was recorded last week. The Ether futures basis is now sitting at a -2.33% while bitcoin remains at 0.63%.

The bearish sentiment towards Ethereum has not been relegated to just institutional investors alone. The spot markets are also feeling the heat as sell-offs have resumed. In light of this, the digital asset has had a hard time holding the $1,000 level.

ETH struggles to hold above $1,000 | Source: ETHUSD on TradingView.com

This level is significant for Ethereum due to the fact that there is support mounting here. However, it is a very critical technical level given that if the price were to decline below this point, resistance would quickly build up around it. Any support below $1,000 is incredibly weak, so a dip from here would likely see the price touch $800 before there is any recovery.

Related Reading | Ethereum Plugs 11-Week Bleed, why $1,500 May Be On The Horizon

Ethereum is now trading firmly below its 20-day moving average which has wiped out all hopes for a bullish recovery in the short term. Additionally, as the 3AC liquidation comes into focus, the implications for digital assets such as ETH remain very negative.