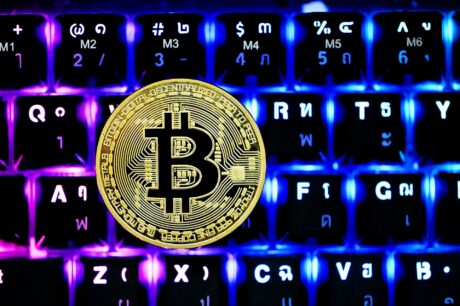 Bitcoin has witnessed a massive plunge from the $30,000 level to $20,000 in the month of June. Price of Bitcoin has been witnessing movement within a range of $20,000 and $21,000 respectively. The short term technical outlook of the coin has been pointing towards bullishness.

It is however too soon to term the upward price direction as a relief rally. If BTC manages to remain afloat above the $21,000 price mark, the coin can target the next price barrier. Buyers have shown optimism on the chart and as a result, price of the coin demonstrated a respite.

Bitcoin witnessed overbought conditions over the last 48 hours painting a bullish outlook on the chart. With continued buying strength, BTC might be able to target $24,000, however chances of bullish pullback cannot be ruled out.

If the cryptocurrency displays a rebound from the consolidation phase, its immediate resistance stands at $24,000.

A fall from the current price level will again drag BTC to $20,000 which could fuel a crash to the $16,000 support level. As the demand for BTC grew, the coin managed to secure a 4% gain overnight.

The amount of BTC traded in the previous session fell, suggesting that selling pressure had diminished on the chart. This marked a positive sign for Bitcoin.

Bitcoin buyers returned to the market, the $21,000 marks an important demand zone for the coin. BTC registered overbought conditions over the last two days.

In accordance with the same, the Relative Strength Index was above the 60-mark suggesting heavy buying strength in the market.

BTC on the short term duration flashed signs of heavy accumulation. This is related to increased amount of buying over the past 48 hours and it can be considered bullish for the asset. The Chaikin Money Flow which indicates capital inflows and outflows painted a positive picture.

CMF soared up and away from the half-line suggesting growth in capital inflows. Awesome Oscillator was above the half-line, the indicator is responsible for depicting the market trend.

A reading above the half-line meant bullish forces were present in the market, however, as the bars turned red, there could be chances of a price pullback. If demand continues to remain stable, Bitcoin can move past its current price level and trade near its immediate price resistance.