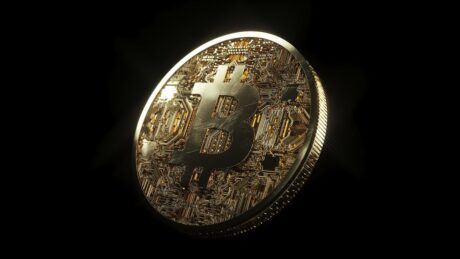 The crypto winter keeps spreading to all sectors of the industry, especially resulting in Bitcoin failing to climb. Besides investors losing their funds due to price crashes, companies also downsize their workforce. Some other crypto firms declared bankruptcy, and many stopped some services to fight liquidity issues.

At a point, many miners also found it difficult to pay off their loans on mining equipment due to the price crash. According to reports, the collateral value of their mining rigs became too low to sustain the loans acquired with them.

Amid all these crises, the latest reports reveal that the bitcoin mining hash rate has plummeted due to the ongoing price fall. The data on Coinwarz shows that the hash rate fell by more than 26% within one month.

Early in June, the Bitcoin hash rate was high at 292.02 EH/s. This increase brought hope to bitcoin supporters, showing that the network is healthy and not collapsing soon. But a few days ago, on July 9, the hash rate showed 178.44 EH/s but recovered to 241.07 EH/s.

Hashrate facilitates mining and transaction processing on a crypto network such as Bitcoin. A high hashrate indicates the health of a network. It means that many machines provide enough computational power to keep the network working. Such increased activity convinces investors that a network is worth their investment.

From early June, Bitcoin price tried maintaining the $20K mark, but by June 18, the price fell below $18K. But it regained the $20 mark.

BTC 1% down on the candle chart | Source: BTCUSD on TradingView

Besides the price being a little steady at $20K plus, Bitcoin mining difficulty had adjusted favorably for miners. For instance, the adjustment simplified new BTC block discovery by 3.7%. Miners expect it to reduce further by 0.13% after 1,600 BTC blocks. Also, there is a growing expectation that further adjustments are imminent.

Impact Of Crash On Bitcoin Miners

The revenue for miners has continued to drop due to the general market crash. The available data on blockchain.com shows more than a 79% loss of revenue within 9 months, amounting to $15M losses on July 4.

This fall in revenue is affecting many mining firms since the likes of Compass Mining plan to downsize 15% of its staff and reduce the earnings of its top executives. Many others, such as Riot Blockchain, Marathon Digital, etc., have sold their BTC holding to cushion increasing operational costs.

Many analysts believe that such a sell-off of BTC holdings will pressure the Bitcoin price in Q3 of 2022 and affect the price. But the good news for small miners in all these is that they can mine bitcoin given the fall in the price of graphics cards by 15% and fall in hash rate.