With Revulution NFTs, Revuto Offers Lifetime Access To Netflix & Spotify And Reinvents How Subscriptions Are Managed 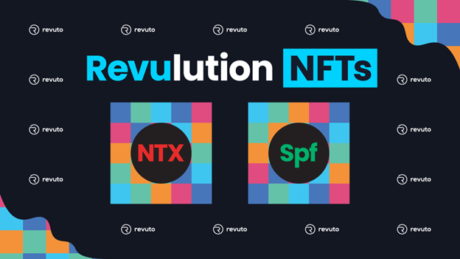 That’s right, with Revuto’s new Revulution NFTs you’ll never need to pay for your favorite video or music streaming service ever again. Just pay once upfront and you’ll enjoy full, uninterrupted access for as long as you live – or until you decide you want to sell it.

Revuto can make this unusual offer because it has come up with one really cracking innovation that promises to revolutionize the way people pay for and manage their subscriptions. Using NFTs, the company has hit on the idea of tokenizing subscriptions to just about any kind of service. As well as Netflix and Spotify, its Revulution NFTs can be used to buy access to software services like Microsoft Office, a gaming service like Nvidia GeForce, a subscription to your local gym and many more besides.

It’s a big deal and it’s really clever how it works. Rather than making dozens of deals with individual subscription providers, Revuto has teamed up with Railsr, a banking service, to issue digital debit cards to each NFT holder. These cards are used to pay for whatever subscription the NFT represents.

The great thing about Revulution NFTs is that they’re incredibly flexible and also tradable. Users can go to Revuto and buy a Revulution NFT for whatever service they’re interested in, for any duration they want – a week, a month, three months or a year – and if ever they decide they no longer need it, they can sell it or give it to someone else, allowing that person to take over their subscription for the remaining period.

If someone sells a Revulution NFT, the existing virtual debit card will be canceled, with a new one issued to whoever the NFT was sold to. Then, Revuto will continue topping up that new card with just enough cash to pay for the subscription when it’s due, until such time as the subscription period ends. Once that time comes, the NFT can be disposed of by sending it to an address provided by Revuto.

It’s a wonderful idea that promises to recoup lots of money that’s wasted on unused subscriptions. As Revuto explained in its announcement, something like 50% of consumers admit to paying for a subscription that they never actually use. It’s common because people’s circumstances change all the time. You might sign up to Netflix for a year, but there’s no way to refund that subscription. Then perhaps you get married and your new better half hates watching TV, or maybe you move in with someone who already has their own Netflix account. In such cases, the money pre-spent on that subscription is wasted and there’s no way to get it back. While Netflix undoubtedly appreciates your custom, it’s not so sympathetic that it will dish out refunds whenever situations like this occur.

Revuto provides the solution to this conundrum. The Revulution NFTs can simply be sold on any NFT marketplace, allowing users to recoup money that would otherwise be wasted.

“With such a unique approach, Revuto is introducing something completely new to the world of subscriptions,” said Revuto co-founder Josipa Majić. “Something that will enable the creation of an entirely new market of prepaid unused subscriptions.”

Revuto’s offer of a lifetime subscription to Netflix or Spotify is the first instance of its Revulution NFTs. While regular Revulution NFTs will have an expiry date, the 10,000 limited edition tokens provide forever access to either of the popular streaming services (the buyer must choose which one they want) for a one-time fee of just $349.

Revuto has already made a big name for itself thanks to its subscription management app, which allows users to purchase a subscription to multiple services using crypt and enjoy discounts when doing so. To date, the app has accumulated more than 350,000 users. With that in mind, there’s likely to be big demand for the limited edition Netflix and Spotify NFTs.

“Our Revulution NFT for Netflix or Spotify is just the start, and also an introduction to the subscription NFTs that people will be able to use to pay for any subscription in the world, for however long they want,” Majić added.