Bitcoin Struggles Within A Range, When To Expect A Breakout? 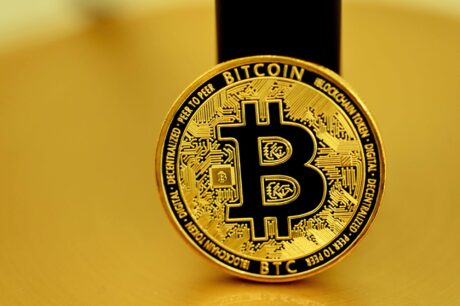 Selling volume had increased which had caused BTC to dip on its chart in the past. As Bitcoin continued to oscillate between $22,000 and $19,000 for the past month, it is imperative that the coin manages to trade above the $22,000 mark for a considerable period of time for the bearish thesis to be invalidated.

Accumulation has also been low for the king coin, as for most of this month, Bitcoin traded in oversold regions. Long term traders might not be on the winning side, but short-term traders can expect to make some profits. It is however, too soon to say if Bitcoin is out of the intense volatility phase. Fluctuations in price could again push BTC below its current trading level.

BTC was trading for $20,800 at the time of writing. The coin has formed an ascending channel within which it has been trading. It is too early to say if BTC has successfully depicted a breakout. Price of BTC has to rise above the $22,000 for this movement to be considered a breakout.

Overhead resistance stood at $21,000 and then at $22,000, respectively. A fall from the present trading level will drag BTC to the $19,000 zone and then to $17,000. Amount of BTC traded declined considerably, indicating that selling pressure has fallen on the four hour chart.

BTC was moving upwards in an ascending channel and the coin flashed increased buying pressure at press time. The Relative Strength Index pictured recovery as the indicator pushed itself upwards above the half-line indicating falling selling strength.

With continued buying momentum BTC can invalidate its bearish momentum. The price of the asset was above the 20-SMA which indicated buyers were driving the price momentum. BTC was also above the 50-SMA and the 200-SMA which is considered to be extremely bullish for Bitcoin.

BTC in accordance with other indicators presented similar reading on the Moving Average Convergence Divergence. MACD determines price momentum and where the coin is headed, it underwent a bullish crossover.

Due to the bullish crossover, the indicator displayed green signal bars which were buy signal for Bitcoin. Buyers acted on it, which is why the coin displayed increased buying strength. Parabolic SAR depicts price direction and dotted lines below the candlestick point towards positive price direction.