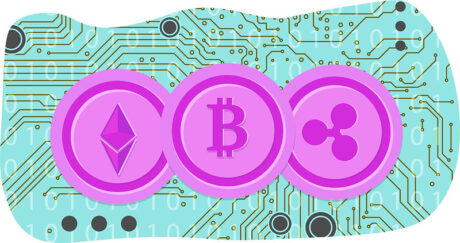 Despite having a boom week, Bitcoin, the most valuable cryptocurrency, sank to its seven days low. Several other altcoins that had also been rallying dropped, including the second-largest coin, Ethereum, which fell over 5%, XRP fell by 4%, and ADA took the lead with 6%.

Nonetheless, BTC’s most recent rise failed to surpass the biggest barrier standing in the way of Bitcoin reaching the $30K price level. Instead, the price of bitcoin began a new downward trend after failing to stabilize above the $23,000 level.

Furthermore, Ethereum lost ground along with BTC and other cryptocurrencies as it could not maintain the $1600 level it had reached earlier in the week. CoinMarketCap data show that its price fell to $1,547.89 over the last day, a decrease of 2.5%.

Bitcoin is currently trading at $21,975 on the daily chart | Source: BTCUSDT From Tradingview
With Ethereum, ADA and XRP Also Experience A Decline

Moreover, the eighth-largest cryptocurrency, Ripple (XRP), dropped by 4.9% during the course of the last day, reaching $0.346754, as per data from CoinMarketcap. Additionally, with a drop of 4.70% over the last 24 hours, it also lowers its market worth to around $16.735 billion.

The cryptocurrency markets maintained above their respective support levels throughout the last weekend. So, from July 18, there was a bullish surge in the price of XRP, giving the impression that it would overcome any obstacles. But unfortunately, XRP saw a sharp decline at the start of the new trading week. Since it could not reach $0.4 levels, the current market movement had little effect on the price of XRP.

On the other side, Cardano’s price had dramatically increased to reach $0.55 and had long since overtaken XRP. However, the bears rapidly pulled both assets, demonstrating their strength over the bulls.