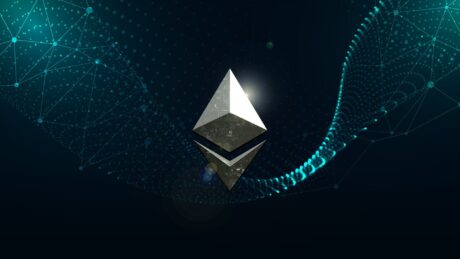 Institutional investors had been showing bearish sentiment towards Ethereum for the longest time. The second-largest cryptocurrency by market cap, which had initially caught their attention, was not doing as well as expected, and the outflows that followed were massive. However, it looks like sentiment among these large investors is beginning to turn positive as Ethereum has begun to record inflows.

Over the last several weeks, Ethereum inflows have been ramping up. Although they were nowhere near the volumes that had been recorded during the bull market, it had put a stop to more than 2 months of consecutive outflows for the digital asset.

Last week would prove to be no different, given that Ethereum’s inflows had come out to $8 million, a low volume, but it was inflows nonetheless. But the most important inflows were recorded in the week prior when the digital asset had initially been recorded to have seen inflows of $2.5 million.

Related Reading | More Than 57,000 Traders Liquidated As Bitcoin Declines Below $22,000

Corrected numbers which had emerged this week had shown that not only was this number too low, it was off by more than $100 million. When the corrected data was published this week, it showed that inflows into ETH had reached $120 million in that single-week period, meaning that it was the largest single-week inflow in one year.

It is a testament to the changing sentiment among institutional investors when it comes to the altcoin. With the anticipated Merge approaching quickly, the bullish sentiment has washed over both small and large investors alike, prompting more investment into the digital asset.

A Week Of Inflows

Ethereum was fortunately not the only cryptocurrency to mark another week of inflows. The bullish sentiment had extended to almost every sphere of the crypto market, and the investors had reacted accordingly. So from bitcoin to digital asset investment products, the inflows continued.

Bitcoin had seen either week of inflows, with $16 million recorded for last week. Just like Ethereum, the numbers for bitcoin for the prior week had been incorrect, and corrected data showed a much higher inflow rate for the prior week with $206 million in total. The inflow trend was not limited to long bitcoin alone, though as short bitcoin continued its streak with $0.6 million in inflows.

Digital asset investment products would prove to be the big winners for the week with inflows of $27 million. The total asset under management has not been pushed back up to $30 billion with last week’s inflows. Europe also accounted for the majority of inflows as Switzerland alone recorded $16 million for last week. The USA and Germany would see lesser inflows of $9 million and $5 million.

What this data shows is how investors are looking toward the market with the recent recovery. However, given the recent decline in prices, it remains unsure whether the inflows will continue for the new week.