Why Are Crypto Investors Rotating From Bitcoin To Altcoins? 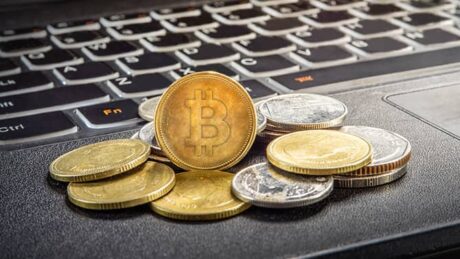 The crypto market is pulling back into support and could face potential headwinds in the short term. In the crypto top 10, Bitcoin has been outperformed by the altcoins sector with Ethereum and Binance Coin, and Polkadot still preserving some of its gains from the past week.

This shows a shift in the crypto market dynamics as investors seem to be regaining confidence in the sector and moving away from Bitcoin. Therefore, the number one crypto by market cap appears to be lagging which translates into a decline in Bitcoin dominance.

As seen below, this metric has been moving sideways since May 2022 after seeing a small push to the upside. In 2021, as Ethereum and other altcoins reached new all-time highs, Bitcoin dominance plummeted to its current levels.

If the current trends continue, Bitcoin lagging the altcoin sector, the metric could re-test its yearly lows and drop from 43% into the high 30% area which could provide altcoins with more room to reclaim previously lost territory.

According to a report from Arcane Research, their Crypto Indexes for altcoins have been showing positive returns in August. As seen below, the research firm records 9%, 7%, and 5% profits for their Large, Mid, and Small Cap Index while Bitcoin records 2% profits.

The latter shows the biggest increase as risk exposure trends upwards, and stablecoins market shares follow a similar trajectory as that of the Bitcoin dominance. Arcane Research noted:

With bitcoin underperforming relative to altcoins, the bitcoin dominance has plummeted from a peak of 47% in the middle of June to 40.5% now. As the market sentiment has improved traders have been more interested in getting exposure to altcoins than bitcoin.

In the crypto market, altcoins might continue to dominate in the short as BTC’s price moves sideways. Thus, investors seeking higher returns might consider rotating into Large to Mid-cap cryptocurrencies, and Small Cap if they have bigger risk tolerance.

Why Is The Crypto Market Seeing Short-Term Downside Price Action

Despite a positive month for the majority of the crypto market, most cryptocurrencies are experiencing downside price action on low timeframes. This is due to the potential short-term impact of the macro-economic factors affecting the sector.

Tomorrow, the U.S. Federal Reserve (Fed) will release July’s Consumer Price Index (CPI) print. This metric is used to measure inflation in the U.S. dollar, which has been trending upwards and stood at a 40-year high.

Thus, the Fed has been hiking interest rates and shifting its monetary policy in an attempt to slow down inflation. If July’s CPI print hints at success in those attempts, the financial institution might be inclined to act less aggressively.

This could lead to a stronger bullish momentum across risk-on assets, such as Bitcoin and the crypto market. In the meantime, market participants seem to be sidelined and expecting tomorrow’s outcome. A pseudonym trader said the following on the above:

CPI relation with Bitcoin. Now that gas prices are lowering, we’ll see a decrease or inflation holding/cooling. This will give confidence back to investors. Fed rate lowers to 50 bps at next FOMC meeting, showing optimism to investors. Don’t get shaken out before the move up.