Independent Developers of Ton Announce the Latest Upgrade of the @Wallet Bot, Transforming It into a Full-Service Cryptocurrency Wallet 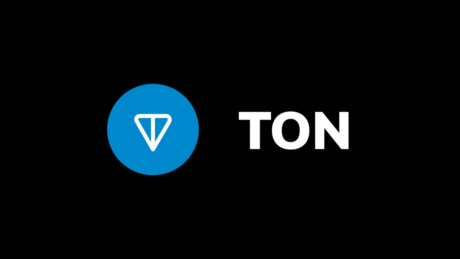 The development of Toncoin, designed to work in conjunction with the Telegram messaging app, has been one for the books. TON, which stands for “The Open Network,” got its own @wallet bot on Telegram’s open WebApps platform back in April, enabling users to transact Toncoin from within the messaging app. The revolutionary development has since then witnessed growth in terms of usage and transaction volumes.

This time around, with a significant upgrade, a group of independent TON developers have taken it another step further by launching a fully-fledged cryptocurrency wallet inside the messaging app. This new innovation will allow users to buy and send Toncoin much faster and cheaper compared to before.

Changing The Space With @Wallet

Anyone who uses cryptocurrency is no stranger to the anxiety that comes with sending crypto from one wallet to another. This starts with downloading different apps for different purposes and having to copy and paste complicated wallet addresses to send crypto. This is the reason the @wallet bot was created; to make the process of sending and receiving crypto much easier.

TON users need only have the Telegram handle of the recipient to send Toncoin. The payments are fast, and there are no transaction fees. Now, with the latest update, the TON Foundation has made the @wallet bot more like a bank app. Users can now easily buy Toncoin using their credit cards right inside the Telegram app. Furthermore, users do not need to go to a third-party website to complete their KYC verification, as the integration of the Sum&Substance system with the @wallet bot makes it easier.

Andrew Rogozov, a founding member of the TON Foundation, lauded the latest upgrade. “We are pleased that TON ecosystem products are rapidly evolving and entering the lives of blockchain veterans and novices alike,” Rogozov said. “The widescale adoption of TON by users, regardless of their experience, is one of our key goals. This update is just one example of the project’s tangible success. Thanks to @wallet, it is now easier to buy and send cryptocurrencies within the Telegram app and get acquainted with the world of blockchain payments.”

About The Open Network (TON)

TON was initially the brainchild of the Durov brothers, who founded Telegram Messenger. However, after developing “The Open Network” in 2018, the Durov brothers eventually handed the project over to the TON community, and it has been developed and scaled by the community since then.

TON still keeps close to its original design, which is to facilitate cheap, user-friendly, fully scalable, and lightning-fast transactions. The TON Foundation was later formed to oversee the development of the TON Blockchain, and it is made up of a group of non-commercial supporters who help develop the blockchain.

A creation by the TON developer community, the @wallet bot helps users carry out crypto transactions inside Telegram Messenger. Since it was launched, the @wallet has gained a lot of traction, achieving over 1 million wallets and an operating turnover of $5 million in the last quarter alone.

Using @wallet to send crypto transactions is as easy as sending a text, so it is no wonder that it has grown so rapidly as users can also purchase and hold Toncoin all inside the Telegram app. With its latest update, TON plans to onboard millions of users into crypto.