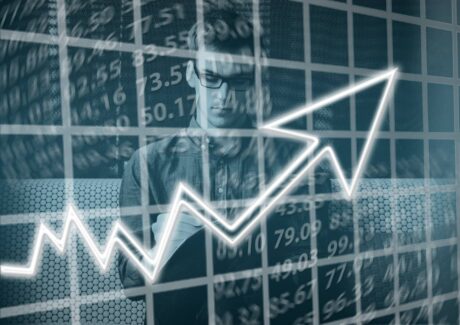 Although it hasn’t been easy, the crypto market has been on its recovery journey since mid-July. There have been some rallies that didn’t last long, followed by extended periods of pullbacks that caused more panic. So, no one can say what direction to expect in the short term.

But while some tokens struggle to remain afloat, others seem to be making positive leaps. For instance, the ANKR price movement in the last 24 hours has shocked many in space.

The token gained 12% between August 24 and early August 25, while others struggled to hold their price marks. At the time of writing, the ANKR has grown to 19.89%, making it to be the best performing crypto among the top 100s by market cap.

This price chart shows the bullish trend for ANKR from August 24 to 25. The MACD line is pushing to cross above the signal line, indicating a bullish trend. Also, ANKR’s 14-day RSI is at 61, meaning an imminent move to the overbought region. If the token price climbs from the lower left to the upper right of the chart, it has entered the territory.

Once ANKR enters the overbought region, it has sustained its upward price movement for a more extended period with lesser pullbacks. This could happen if the ongoing momentum continues.

But if the bullish momentum doesn’t last long, ANKR might not recover its August highs of $0.059 soon.

ANKR ranks 92 on CoinMarketCap and is now outperforming the number one and two cryptos, BTC and ETH. However, the overall crypto market hasn’t performed optimally this week. Trend data shows that the recovery is slower than expected.

Judging from the price movements of the top cryptocurrencies, there’s no reason ANKR should surge at this speed. But one new development took place on the ANKR network, launching its staking service on August 10. According to the network announcement, the move was to decentralize node infrastructure.

Related Reading: Shiba Inu Burn Events Spark A Rally In Altcoin Over The Past Weeks

The expanded functionalities of the network have attracted investors’ and traders’ interest in the crypto. If ANKR bulls sustain the ongoing trend, the token price might rise beyond the last highs. Also, data shows that the overall crypto market cap has added 1% in 24 hours. So, if the overall crypto market rebounds, the ANKR price might gain more too.