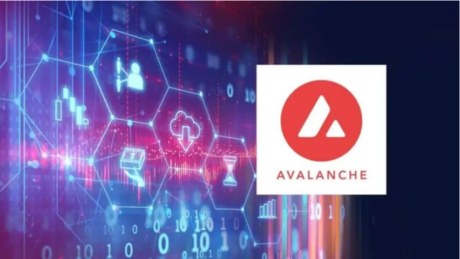 Avalanche (AVAX) has been leading a couple of prominent DeFi projects including Platypus.

Platypus is a DeFi project built on the AVAX ecosystem that won the prestigious Avalanche X Grant.

This DeFi protocol aims to provide a user-friendly and scalable stableSwap platform.

More so, its dream is to create an Automated Market Maker (AMM) right on top of Avalanche that boasts of open liquidity and maximized efficiency in terms of capital.

Additional assets can be integrated into the liquidity pool that can greatly enhance simplicity, ease of use, and flexibility.

Platypus will be incorporating its first batch of voting gauges which will enable owners of vePTP tokens to get more rewards plus decide or vote on the placement of emissions.

Voting power is regarded as extremely valuable in the DeFi space as it pumps up both liquidity and TVL.

It’s interesting to note that the voting design of Platypus provides emissions without any presence of pause sliced in between votes.

Notably, Avalanche was able to gross as much as 2 million transactions over the weekend which is now the most recent ATH for the crypto, boasting a spike that is astoundingly 4x more as seen in well over two months.

More so, crypto analysts are in unison that AVAX will soar to new heights in the coming days.

Evidently, Luigi DeMeo, Ava Labs head of DeFi, believes that subnets are a huge help and are just warming up.

Conscious Lines collection and Crabada collection from Avalanche, are two of the most popular NFTs with a spike in volume noted at $50K and $115K; respectively.

Avalanche-based NFT have also surged in terms of growth and popularity while the rest of the other NFTs are on a major decline over the past couple of days.

Crypto Down In The Trading Arena

Despite the surge in new transactions, AVAX is currently losing it on the weekly chart.

According to CoinMarketCap, AVAX price has nosedived to 0.63% or trading at $18.81 as of press time.

Apparently, AVAX shaved off as much as 5.83% in the past week. More so, the Avalanche network also suffered a massive drop in terms of TVL as seen overnight.

AVAX is at a point of consolidation as it pauses from going to one direction following a massive selling activity. AVAX is looking to go for a downswing breakout.

While the crypto is looking extremely bearish, a sudden spike in buying activity may propel it to create a daily candlestick that could close right above $20.18, weakening its bearish pressure.