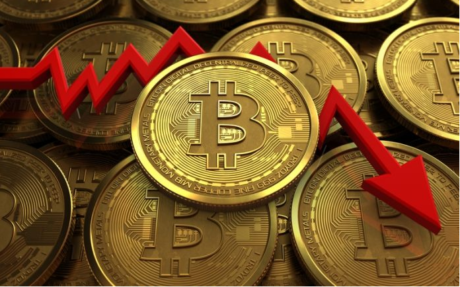 Bitcoin price traded below $19,000 on Wednesday morning, as the leading cryptocurrency plummeted to its lowest level since July, due to a decline in global stock markets and the U.S. dollar’s sustained strength.

Multiple factors appear to be causing investors to distance themselves from Bitcoin. As usual, the asset’s recent huge volatility is highly associated with the U.S. stock market.

Following a turbulent trading session on Wednesday, stocks declined, in part because of worries that the Federal Reserve will continue to jack up interest rates.

Since U.S. Federal Reserve chair Jerome Powell’s remarks on August 27 were followed by a $1.25 trillion loss in U.S. stocks in a single day, the market has been in a bit of a rut.

Meanwhle, the number of Bitcoin wallets holding between one and 10 BTC has reached an all-time high even as the market capitalization of the world’s most valuable cryptocurrency falls below $19,000.

Since the BTC price fell below $50,000 in late December 2021 and early January 2022, the number of addresses holding between one and 10 bitcoins has steadily increased, according to the most recent data.

As this developed, the central bank’s tightening of policy has bolstered the U.S. greenback, weighing on risk assets. The yield on the 10-year U.S. Treasury note has also risen.

According to analysts, Bitcoin’s decline has increased following last week’s announcement that Russia shut down the Nord Stream 1 pipeline, blocking gas to Europe and unsettling markets. Despite this, Bitcoin aficionados remain unfazed.

Bitcoin positions were liquidated to the tune of $77 million due to the current price decline, with over $40 million liquidated in the previous hours alone. A large chunk of BTC was sold after its price dropped to roughly $18,963.