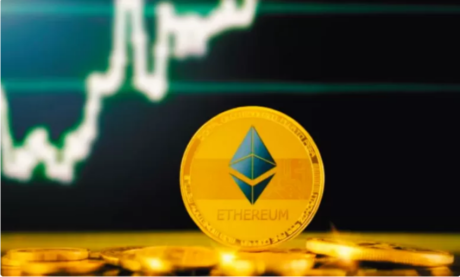 The Ethereum market activity remains bullish, and ETH bulls have broken loose which is good news for investors, who are optimistic about the potential effects of one of the biggest events in the crypto world – the Merge – because it is so close at hand.

Recent numbers indicate that the price of ETH has settled into a range between $1,614 and $1,679. When compared to the previous analysis, which suggested that the crypto traded between $1,595 and $1,655, this is a significant increase.

Breaking the aforementioned level on the hourly chart would signal strong bullish momentum, potentially taking prices to $1,800. Market watchers predicted that bulls in the Ethereum market would try to reclaim the $1,950 high reached on August 17.

The Relative Strength Index for ETH is also very healthy right now. Positioned roughly in the middle of the gauge. To put it another way, the coin is neither being overbought nor oversold right now. In light of this, it’s possible that investors are feeling upbeat.

This price movement is currently positive. Even though a sudden decline occurred on September 7, the bulls were able to thwart the bears’ attempt to drive the price lower.
Since the aforementioned decline, the price of ETH has skyrocketed, surpassing the previous ceiling of $1,611.

Similarly, Ethereum’s CCI numbers are skyrocketing. As of this writing, the CCI for ETH is 349. A very strong buy signal for both traders and investors.

In addition, the previous analysis placed the bulls’ most likely objective in the $1,900 range. With the availability of real-time data, ETH’s upward momentum just gained additional strength as it broke through the $1,675 ceiling.

If this optimistic momentum keeps going, the June and July sell-offs will become a footnote in ETH’s history books.

The bulls may have succeeded in pushing the price higher and maintaining its momentum. However, as any market has demonstrated, market performance is extremely speculative. This recent performance could be a precursor to an even greater decline.

As market bulls continue their ascent, this may be the only thing that can sustain investors and traders over the long term.