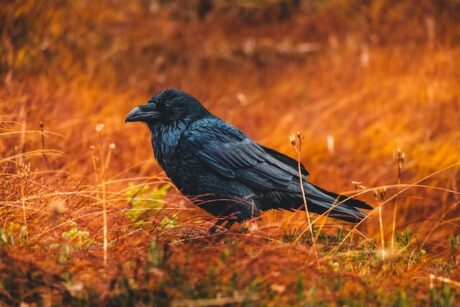 Data from Coingecko indicates a surge in the price of Ravencoin (RVN), over the past month the cryptocurrency is moving against the general sentiment in the market. The rally in the price of this token coincides with the upcoming Ethereum’s “Merge” and seems directly related to this event.

RVN’s price rallying on the 4-hour chart. Source: RVNUSDT Tradingview
Addressing The Rally In The Price Of Ravencoin (RVN)

As Ethereum prepares for “The Merge”, the event that will complete its migration to a Proof-of-Stake (PoS) consensus, there is more attention directed toward projects like Ravencoin, Ethereum Classic, and LidoDAO. These cryptocurrencies have been some of the best-performing assets.

LidoDAO provides users with a low-cost, low-difficulty platform to participate in the new Ethereum consensus model while Ravecoin and Ethereum Classic allowed miners to continue their operations. The new Ethereum PoS consensus will exclude miners with a mechanism called “Difficulty Bomb”.

Thus, miners are migrating to cryptocurrencies using the Proof-of-Work (PoW) consensus that allows them to stay profitable. As a result, the hashrate of Ethereum Classic and Ravencoin has been rallying following the price trajectory.

According to data provided by MinerStat, RVN’s network hashrate increased by over two-fold since early September 2022 after trending sideways across the year. This metric stands at 7.5 tera hash per second (TH/s), as seen in the chart below. Hash rate and RVN price seem to be correlated.

The Ravencoin community has been cautious about celebrating this rally as it has also impacted the network difficulty and possibly attracted speculators. In that sense, the project’s official Twitter handle resurfaced a message originally published on August 2021, when the crypto market was still trending to the upside.

Use caution in investing

Is This Ravencoin Rally Sustainable?

If Ethereum completes its transition to a PoS consensus, it seems logical that RVN and other PoW cryptocurrencies will gain traction. However, competition will be fierce among the usual candidates, and any potential Ethereum fork token trying to leverage the original consensus algorithm.

RVN’s price is supported by small and large investors, the latter have been jumping on the action lately. Source: Material Indicators