Quant Explains How Whales Moved Before And After Ethereum Merge 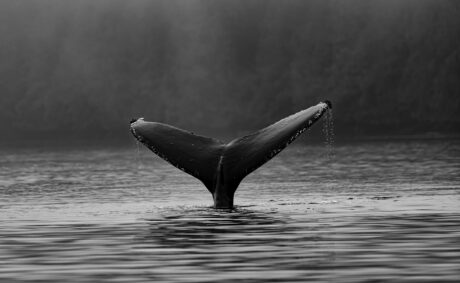 A quant has explained how the movement of whales differed between before and after the Ethereum merge went live.

As pointed out by an analyst in a CryptoQuant post, a lot of ETH investors bet on the price going down around the merge’s completion.

The relevant indicator here is the “funding rate,” which measures the periodic fee that perpetual futures contract traders exchange between each other.

When the value of this metric is positive, it means long investors are paying a premium to the short holders right now to hold onto their positions. Such a trend shows a bullish sentiment is more dominant in the market currently.

On the other hand, negative values of the indicator suggest shorts are overwhelming the longs at the moment as the majority are feeling bearish.

Now, here is a chart that shows the trend in the Ethereum funding rates over the last few days:

Looks like the metric had a deep red value not too long ago | Source: CryptoQuant

As you can see in the above graph, the Ethereum funding rates had been going down only a couple of days back, and reached a new negative peak right as the merge arrived.

The quant explains that this was because investors thought the PoS transition hype had already impacted the market, and so they bet on short positions, believing that the price would go down during the aftermath of the much anticipated event.

But just following the merge, the price actually rather saw a slight improvement. Seeing that the decline they had waited for didn’t come, these short holders quickly started closing up their positions, leading to the funding rates sharply moving up.

Right as this happened, the whales who had been waiting jumped in and dumped their ETH, causing the price to plunge down hard. The analyst notes that this is a display of whales trying to make a move in such a way that nets them the largest gains. “To read those moves, we need to utilize both on-chain data and charts,” says the quant.

At the time of writing, Ethereum’s price floats around $1.4k, down 7% in the last seven days. Over the past month, the crypto has lost 24% in value.

The value of the crypto seems to have been going down during the last few days | Source: ETHUSD on TradingView

Ethereum has been trending down since the merge took place, and right now it’s unclear when the crypto may show some reversal.