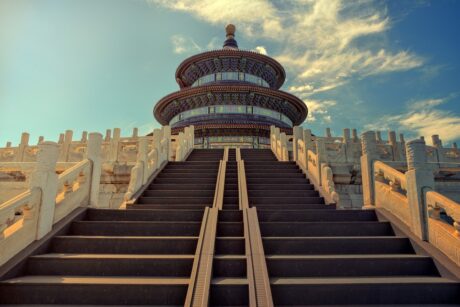 The successful Ethereum upgrade to proof-of-stake consensus is receiving more backlashes from the market. Therefore, the Ethereum upgrade should produce only positive feedback, but where there are merits, demerits must exist.

One of the aftermath challenges the industry faced since the Ethereum upgrade was the drop in GPU prices. Graphic Processing Units (GPUs) in crypto mining increased over the years because they proved very efficient.

GPU companies were earning huge profits due to the increased demand from ETH miners. However, it is no longer so, as the price of GPUs has dropped drastically over the past three months. Furthermore, the prices of GPUs dropped further after the upgrade.

Is Ethereum Merge Major Cause Of GPU price Crash?

South China Morning Post (SCMP) reported that GPU prices in China dropped to the lowest due to the Ethereum merge. ETH mining has reduced. So miners’ demand for GPU went low. Miners’ demands for expensive cards such as GeForce RTX 3080 and RTX 3090 became low and caused a reduction in price to trice the factory prices.

Also, due to the China mining ban and COVID lockdown, the demand for costly GPUs fell and worsened during the bear market. A Shanghai trader, Peng, told SCMP that RTX 3080 dropped by over 37% in the last three months.

Ethereum mining was one of the highest contributors to the high demand for GPUs in the past years. Traders noticed a slump in GPU prices as the Ethereum merge drew near.

Chinese retailers reduced factory-suggested GPU prices by over 33% in a few weeks to sell their equipment. The reason for this is the crypto bear market and GPU correction market.

According to data from Baidu, traders are losing the selling price compared to the factory cost of GPUs. Analysts estimated that the average price drop of GPUs per week is about 10%.

Some reports show that NVIDIA, a large GPU manufacturer, is reducing the price of their GPU for board partners. This report is still unconfirmed, but it would likely cause further reduction in the coming weeks.

Although the crash in GPU prices may adversely affect many businesses, others think it marks the end of two years of nightmare. Many GPU retailers would previously raise the prices as high as possible because of the high demand by miners.

The crash in GPU prices could prove beneficial to AI coders, gamers, and other users because Crypto miners caused an unnecessary increase in GPU prices.