Why Investing In Terra Classic (LUNC) May Be A Bad Idea 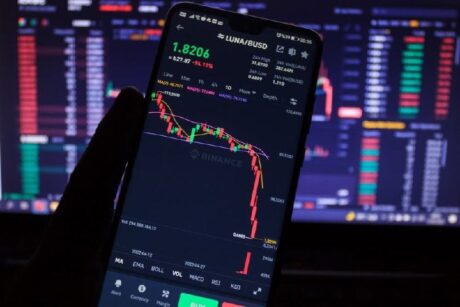 The value of Terra Classic (LUNC) had plunged to below zero following the largest crash ever seen in the crypto space. The cryptocurrency had refused to ‘die’ and has instead found favor among crypto investors who are trying to make a quick buck from the highly volatile cryptocurrency. However, even with multiple pumps, investing in LUNC may not be as good an investment as some users expect due to a number of factors.

After the crash of the Terra network that caused users to lose billions of dollars, Terra founder Do Kwon and others had gone on to make another token which was airdropped to holders. But even this new cryptocurrency is having a tough go of it.

Singaporean police had further confirmed that the Terra founder was no longer in the country, where he had moved earlier in the year. Then on Monday, September 26th, it was confirmed that the International Polic (Interpol) had issued a red notice for the founder.

This red notice means that wherever Kwon is, Interpol will charge local law enforcement to apprehend him. Even though Kwon had claimed that he was in full cooperation with authorities, South Korean authorities said that he had not been cooperative in any way, hence the multiple arrest warrants.

With the issues that continue to plague the Terra network and its founders, the cryptocurrency has been very unstable. This is even made worse by the fact that there are now two tokens, and LUNA has proven to be the more stable of the two.

Right now, LUNC is a gambler’s token and has drawn those who are basically playing the market like a casino. This lack of long-term conviction makes the token a bad play, especially for those who are looking for a token to hold onto.

The recovery trends can be massive, but so are the declines. For example, while the rest of the market is actually seeing minor gains over the last seven days, the price of LUNC is down 25% during this time. Over the last 24 hours, LUNC has recorded more than 10% losses.

LUNC’s price has been reacting negatively to the news of the arrest warrants for Do Kwon. Now, with Interpol involved, it has become a matter of when, not if, Kwon is apprehended. When this happens, the price of Terra Classic will likely dump lower than it did during the network crash.