Bitcoin (BTC) Price To Reach In Millions By 2030, Says Analyst 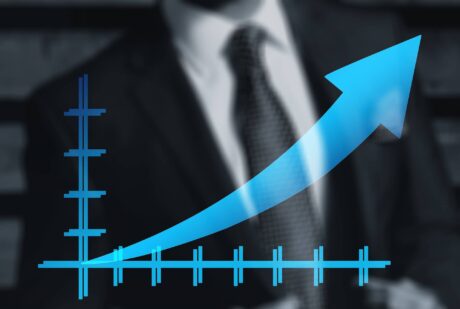 A well-known, conservative crypto analyst gave a bullish commentary about the price of Bitcoin. According to a YouTuber, further proliferation of the digital asset will cause a steady rise of BTC to a million dollars.

On a YouTube video, InvestAnswers signaled that BTC is approaching diminishing returns. Diminishing return is when an asset gets to a point where increased future investment yields less profit. The crypto analyst said that BTC yields investors five times less profit every new market cycle in comparison to the previous one.

Related Reading: Bitcoin Price Crashes To $19,000, But Stays Strong Against Other Assets

However, the analysts gave a different view on bitcoin that was in contrast with the apparent diminishing return of the digital asset. They cited that the value of networks grows as the number of participants increases, according to Metcalfe’s law.

If Bitcoin follows the trend of disruptive networks like cellphones and the internet, applying Metcalfe’s law projects a bullish case scenario for bitcoin. In that vein, a modest consideration of BTC’s future price will put it at over a million dollars by the year 2030.

The host made it clear that this prediction was strictly based on the scientific possibility that Metcalfe’s law holds for the number one cryptocurrency in the world. It is, however, not subject to wishful thinking. According to the analyst, the bitcoin digital assets’ adoption follows the historical patterns of preceding technologies.

Quite like InvestAnswers, there have been several sightings of multiple users across the internet, supporting the future appreciation of bitcoin’s price.

Since speculation says bitcoin is still bullish in the long run, many are looking forward to taking advantage of the next market cycle.

The market cycle explains the ebb and flow of a market. Usually, new markets have a slow start. They pick off from a point where people show little or no interest. But as interest in the asset starts to increase, demand rises, and its price starts to inflate as a result. A complete market cycle has four phases: accumulation, markup, distribution, and markdown.

As mounting interest takes the price of the commodity to new highs, it gets to a point where it eventually peaks. Investors become satisfied with their returns. And then sell off the asset causing tremendous sell pressure. Therefore, the price begins to drop. After one market cycle ends, the next begins shortly.

Bitcoin has roughly ranged between $22,000 and $18,000 for most of the 3rd quarter of this year. Investors are keenly eyeing the condition of the broader market as a go-ahead to pump funds into risky assets like bitcoin.