Is Short Bitcoin ETF Exposure Gearing Up For A Squeeze? 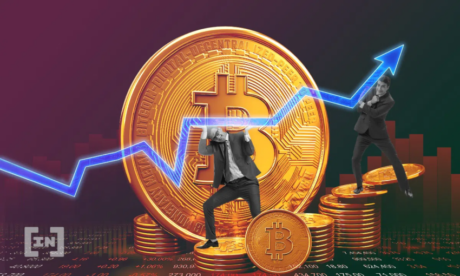 Bitcoin’s short exposure has been gaining favor from both retail and institutional investors over the last couple of months. For most, this position in the digital asset has paid off, given its continued decline over this time. Even then, investors have not eased up in their exposure to this investment vehicle. The total assets under management for short bitcoin ETF are on the rise, sparking speculations of a potential short squeeze.

When the ProShares Short Bitcoin ETF first debuted earlier in 2022, it came out with a lot of support from investors. These investors were already used to longing bitcoin through the offered ETFs but had finally gotten the ability to short the digital asset in a bear market. It was one of the largest crypto ETF launches, reaching more than 3,000 BTC in exposure in less than a month.

Since then, there has been a somewhat steady increase in exposure to this ETF. By the end of August 2022, it had touched a new all-time high of 5,335 BTC. This followed the decline of the price of BTC below $19,000, creating a trend of increased exposure each time the price dipped.

This trend has also continued into the month of September, which has been a brutal month for the digital asset. The Short BTC ETF exposure had declined at the start of September as investors took profit, but it had begun to grow once more, nearing all-time high values.

ProShares’ BITI touches 5,270 BTC in exposure on September 23rd, the 3rd-largest so far since launch. This increase had, once again, coincided with the drop in the price of bitcoin to the low $18,000s before staging a recovery.

The increased exposure to short bitcoin ETFs could very well be leading to another short squeeze. Investors had already begun taking profits from their position, leading to more than $5 million in outflows last week, but they continue to hold strong in shorting the digital asset.

Now, investors putting in more money during local bottoms could mean that they were trading in a bad way, but it is also important to note that the market has continued to trend lower with each recent dip. This has also had an impact on spot trading as there is less buying and more selling going on.

If the demand for short BTC continues to rise and reach a new high, a resulting short squeeze could see the price of bitcoin plunge to $17,000 once more. A slight change in the current investing trend, which is more money flowing into the short BTC ETF even when the price of bitcoin is in recovery, can easily lead to this.

Bitcoin’s price is still showing a weak recovery, which gives credence to the short positions being assumed by investors. It is weakly holding on to the $19,000 level. So further decline could push Short BTC exposure to a new high.

Featured image from BeInCrypto, charts from Arcane Research and TradingView.com