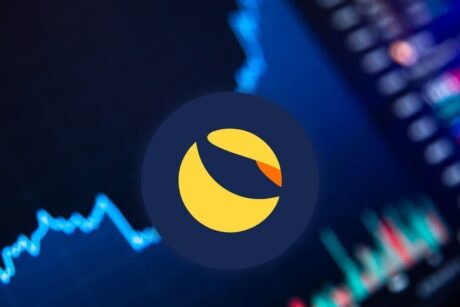 Over the last week, the crypto space has been saturated with news of the hunt for Terra (LUNC) founder Do Kwon. The South Korean founder is now being hunted by both South Korean authorities, as well as Interpol, which means Kwon is now wanted in 190 countries. However, Kwon’s troubles seem not to have affected the price of LUNA Classic (LUNC), as it continues to see green even when the broader market suffers losses.

Speculations around the performance of LUNA Classic (LUNC) had risen drastically once Kwon was officially declared wanted by the authorities. It was mostly expected that the digital asset would take a beating from the resulting decline in positive sentiment among its investors, but this has not been the case. LUNC has instead shaken off these incredibly bearish developments and has been one of the market leaders in terms of gains.

Over the last 7 days, the price of LUNC is up more than 58%, whereas its larger counterparts, such as Bitcoin and Ethereum, have been seeing single-digit and negative gains. The daily trading volume of the cryptocurrency remains high, with almost a billion dollars in volume reported by Coinmarketcap. LUNC had also successfully knocked off another zero over the past month to bring its trading price to the $0.0003 level.

Even coming out of the weekend of low performance in the crypto space, LUNC has begun to turn towards green, already up 1.80% in the last hour as of the time of this writing. It also shows no sign of decline at this time as it continues to receive massive support from crypto traders.

Why Is LUNC Price Up?

Since the collapse of the Terra network, there have been some strides made in an effort to restore it by those who refuse to give up on it. It was a long time in the making, but the community had eventually agreed on a 1.2% transaction fee on all transactions, which are then sent to a burn wallet to reduce the available supply of the token.

Binance, the largest crypto exchange in the world, had also joined in this effort to support LUNC’s price by announcing that it would be burning all fees realized from LUNC trading on its platform. LUNC’s price had surged more than 60% off the back of the announcement alone as the crypto exchange announced that it would be carrying out a scheduled weekly burn every Monday.

Another factor that has been propping up the price of LUNA over these past couple of weeks has been rumors that have been circulating that LUNC was going to get listed on some important platforms. These trading platforms include Robinhood and Coinbase, a move that would instantly drive up the value of any cryptocurrency. However, these are just rumors for the time being.

Nevertheless, LUNC remains a fan favorite over this time due to its high volatility. Its already established community is also a draw for investors who believe that the digital asset could return to its past glory. But with its founder currently rumored to be on the run from authorities, it is unlikely these large trading platforms will pick it up.