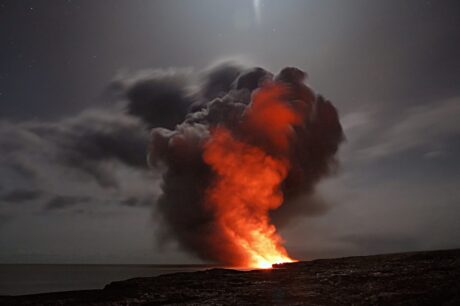 The story of Ripple XRP has taken several twists over the past two years. Lots of opinions have risen following its ongoing legal battle with the SEC. The lawsuit with the US SEC started in December 2020 when the regulator declared that XRP is a security.

Bryant McGill, a bestselling author, and social entrepreneur, recently indicated his beliefs concerning Ripple and its native, XRP. The author, who described himself as a human potential thought leader on his LinkedIn page, mentioned the upcoming blowing XRP volcano.

McGill first tweeted that he anticipates the XRP and Ripple volcano to blow up quite soon. The author responded to his September post on Twitter, stating that he maintains the position in the previous tweet. He recalled that this had been his stance over the past year.

McGill seems to be a strong proponent of the XRP crypto asset. The author is among those making recent posts on Twitter about Ripple and its token, XRP.

Similarly, Daniel Moncada, an actor in the television series Breaking Bad,’ gave a positive prediction for Ripple. Moncada tweeted that Ripple will emerge as the winner in its case with the SEC.

Moncada’s tweet responded to the post from David Gokhshtein, a notable fan of Ripple and XRP. Gokhshtein has asked his followers on Twitter if Ripple will win its case against the SEC.

Another author with a recently published book on NFTs, Anndy Lian, tweeted demanding his community’s opinion on which crypto investment to pitch his tent. He asked if he should invest in ADA, XRP, or stick with meme coins.

The San Francisco-based fintech company, Ripple, recorded a win in its case against the SEC last week. This was as District Court Judge Analise ruled that the SEC should provide some vital documents for the case. The documents are related to Willian Hinman, former director of the division of corporation finance at the regulatory commission.

The Judge’s order stands as a remarkable winning for Ripple. With the news, XRP shifted to a new realm of a price rally. The token finally broke the resistance level marked by the 200-day moving average.

Also, XRP leveled above its bearish trend of two years. XRP was among the top performers on September 29, surging by about 15.45%.

Ripple surges on the chart l XRPUSDT on Tradingview.com

But the coin has lost over 10% of what it gathered over the weekend. At the time of press, XRP is trading at $0.4696, indicating a gain in the past 24 hours.