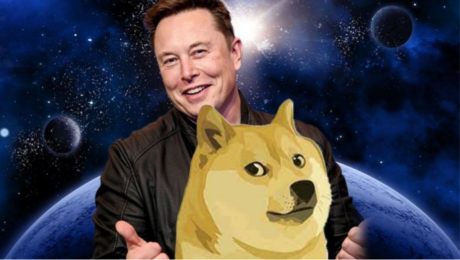 Dogecoin (DOGE) is one of the best-performing assets of the past week, as Bitcoin and Ethereum trended to the downside in September. The meme coin seems to be positively reacting to the potential acquisition of Twitter by billionaire and tech giant Elon Musk.

A well-known Dogecoin defender, the cryptocurrency has shown high levels of correlation between Musk-related events and positive performance. As many experts have been arguing, the materialization of the Twitter acquisition might have long-term bullish implications for DOGE holders.

At the time of writing, Dogecoin traders are at $0.06 with a 1% loss and 12% profit over the past two weeks. Data from Coingecko shows that the meme coin has been in the top 10 best-performing crypto assets in the last 7 days alongside Maker (MKR), Elrond (EGLD), Polygon (MATIC), and others.

Additional data provided by Kraken Intelligence indicates that the meme coin sector recorded the best performance in September. A month that has been historically negative for Bitcoin and larger cryptocurrencies.

This year, market participants were expecting possible bullish price action across crypto supported by the highly anticipated Ethereum “Merge”. This event operated as a “buy the rumor, sell the news” trade leading the second crypto by market cap to re-test its support zones and with the worst performance in the nascent sector.

As the chart below shows, Ethereum records a 14% loss in the past 30 days followed by Bitcoin (BTC) with a 3% and privacy coins, such as Monero (XMR) and Zcash (ZCH). Over the same period, meme coins traded sideways with barely a 2% loss.

The Elon Musk-related news has provided Dogecoin (DOGE) with the momentum to break out of a persistent sideways trend. The cryptocurrency has been stuck in a range between $0.066 and around $0.055.

Like other major social media platforms, Twitter has been exploring and implanting new features to provide its users with access to crypto and digital assets. Users can use their non-fungible tokens (NFTs) as profile pictures and can send or receive “Tips” by adding their wallets.

So far, Twitter has only experimented with Bitcoin and Ethereum. The new acquisition might open the door for new use cases, and a bigger adoption of the meme coin with Musk’s backing. In an interview with Bloomberg, the billionaire and CEO of Tesla said the following on his intentions to continue supporting DOGE in the future: