Polygon (MATIC) Leads Gains By Adding Over 14% In A Week 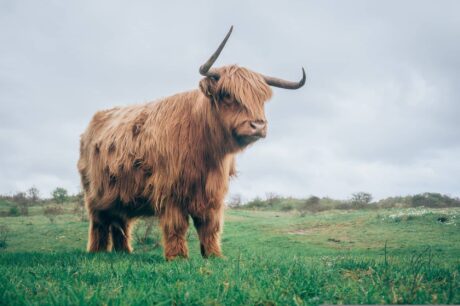 Polygon (MATIC), the Ethereum L2 project, has seen a massive increase in its price over the past seven days. The project has enjoyed much attention from the bulls, gaining over 14% in just one week.

Polygon, currently ranking 11th based on market cap, has had a busy week. The PolygonDAO has been closing deals and partnerships to expand the project’s reach. This might be a major determinant of its more than 14% increase.

Despite recording a stunning 14% gain in value, there are still doubts surrounding the project’s next price direction. In the early hours of today, the coin strengthened itself against BTC and ETH. MATIC recorded 1.45% and 0.39% gains against both currencies, respectively. It also traded at $0.8462, a 0.70% gain over its last 24-hour price.

The price of MATIC has moved over both the 9 and 20 Exponential Moving Average (EMA) lines. This is noticeable on the daily chart for the MATIC/USDT pair. Still, on the subject of EMAs, the 9 EMA has just made a bullish crossover above the 20 EMA. This crossover may signal a continuous upward trend for the token.

However, traders must be cautious as the Relative Strength Index (RSI) indicator shows that MATIC’s price has established a local top. The Relative Strength Index line seems to slope downward, indicating that prices have dropped to an oversold level. Another technical indicator is that the coin’s sale volume has recently surpassed the purchase volume. This suggests that the rise beyond the EMAs will be temporary, signaling bearish sentiments.

Polygon has announced several new partnerships in the past few weeks that have helped push its value higher. One of the most notable is its exclusive partnership with RobinHood, a top crypto broker. The partnership saw Polygon become the first blockchain supported in the broker’s newly launched web3 wallet.

Upon launch, 10,000 iOS users were given access to the wallet’s beta version. This number was just 10% of the total number of users who signed up for the waitlist back in May. Robinhood’s main aim for choosing Polygon is to give its users the best possible trading experience. The company cited the technology’s scalability, speed, and cheap network costs as the primary reasons for its decision.

Related Reading: Wash Trading Dominates Bitcoin Volume, What Does This Mean For Price?

Additionally, Polygon recently announced on Twitter that they’d hired Halborn Security to carry out a security audit for them. Halborn Security is a prestigious security firm that undertakes ethical hacking audits for blockchain companies across the globe. The Halborn team will have eight weeks to complete the task. They’ll also work with two seasoned full-time security engineers who are well-versed in advanced smart contract hacking, penetration testing, and blockchain protocols.