Binance Hacker Put Millions Of New BNB In Circulation, What Does This Mean For Price? 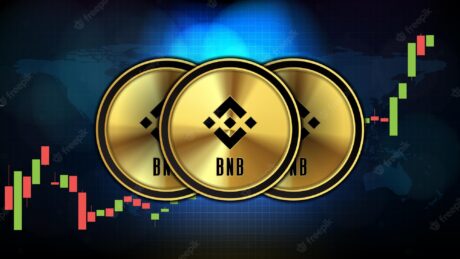 In the early hours of Friday, news broke that a hacker had been able to successfully exploit the BNB Chain. However, unlike decentralized finance (DeFi) hacks that have become prominent in the crypto market, the hacker did not steal user funds. They had actually brought new BNB coins into circulation, in what would be one of the largest hacks recorded in crypto so far.

The hack had happened directly on the Binance bridge, where the attacker had been able to somehow convince the bridge to send them millions of new tokens. The attack happened in two waves, each transaction carrying 1 million new BNB. This resulted in over $500 million worth of coins being sent into circulation.

The BSC Chain had been quickly paused by the team before more damage could be done and some of the coins gotten by the attacker were reportedly frozen, leaving the hacker with about $100 million in their stolen loot.

However, the damage had already been done and the BNB price had tanked following the news. Now, as the network continues to handle the aftermath of what could have been a devastating hack, speculations have now turned towards what the hack could mean for the value of BNB, at least in the short term.

Will This Affect Price?

The price of any asset is affected by the available supply and if a large amount of supply is put into circulation at once, it can obviously have an impact on the price of that asset. However, in the case of BNB, the exploit had been stopped at the right moment, it seems, and the amount the attacker had made off with had not been enough to have any significant impact on the price of BNB.

The major concern regarding price now springs up from the trust level in the network. As has been the case in the past, hacks have usually seen a drastic decline in investor trust, leading them to pull out their funds but that has not been the case with BNB. In Binance’s case, it had brought up questions about how truly “decentralized” the blockchain is if it can be paused due to a hack.

Besides a slight dip in the price of the digital asset since the hack was made public, BNB looks to be holding up well. It still maintains its value above $280 at the time of this writing. Additionally, BNB is backed by the largest crypto exchange in the world that holds quarterly burns and the 21st burn is expected to happen sometime this month. So the impact on the price will likely not be significant in any way.