Bitcoin Crashes To $19,600 And Takes Long Liquidity, BTC Ready For A Bounce? 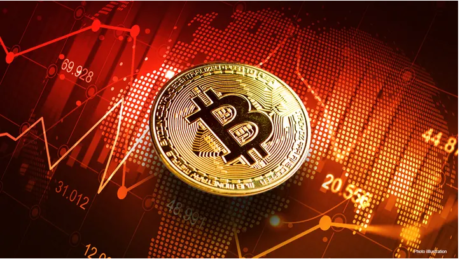 Bitcoin is retracing after a rejection north of critical resistance at around $20,000 and might be gearing up for a fresh leg down into its final support level. The crypto was seeing some profits earlier this week, but any bullish momentum has been wiped out by macroeconomic forces.

At the time of writing, Bitcoin (BTC) trades at $19,600 with a 2% loss in the last 24 hours and sideways movement across the week. The rest of the crypto market is following the sentiment in the crypto market proving that, once again, any potential rally is capped by the bigger picture.

According to analyst Justin Bennett, Bitcoin made a downside run towards $19,600 and a bit lower to remove leverage players from their positions. The cryptocurrency often moves in the opposite direction of the majority of traders and makes a run for the liquidity pools created by over-leverage positions.

In this case, retail traders might have jumped into the bullish price action experienced this week by taking longs in hopes of further appreciation. Bennett believes that with these players out of the way, the market might be readying for a bounce:

BTC long liquidations run at $19,600, as mentioned yesterday in Discord. Now probably time for a bounce back to $20,500. Just trading both sides of the range for now.

In general, Bennett has been bullish on Bitcoin and will maintain this biased as long as BTC’s price stays above $18,700. This price is the bottom of a potential channel created by the cryptocurrency over the past months.

The recent price action has been hinting at a longer relief rally into the $26,000 area. In the short term, with leverage longs out of the game, it might be time to squeeze out the shorts. The analyst added:

I still think it’s only a matter of time before we see short liquidations run between $20,450 and $20,800. Just playing the range for now.

What prompted Bitcoin to crash from its weekly high? A pseudonym trader believes it was the recent data on Job numbers in the U.S. economy. This report might provide the U.S. Federal Reserve with support to continue hiking interest rates to take down inflation, and risk-on assets with it as a consequence.

As reported by NewsBTC, the Fed’s monetary policy has been costly for equities and the crypto market moving in tandem with these assets Now, the Job numbers are telling the financial institution that it can keep on applying pressure to the markets.

This puts us back in the middle of the eternal 18.5-20.5K area and because of this we’re quite a way out from any break out, be it up or down. Unless something special happens I’d say it’s likely we stay within this area roughly until at least the CPI number next Wednesday.