Bitcoin Struggles To Retain The $20,000 Mark While ENS Protocol Gains 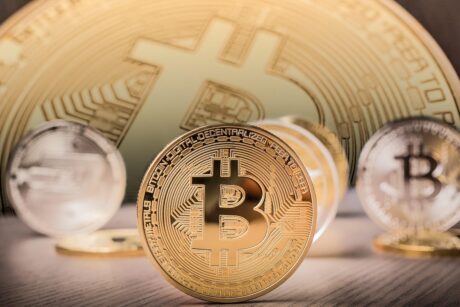 In the past two days, Bitcoin triumphantly hit the critical level of $20K. This sudden push from the primary crypto asset was after hovering between $18K and $24K regions for some months. But following the effects of some macroeconomic factors, the price of BTC was rounding the $19K region.

This year has been the toughest for crypto assets and other financial instruments. But the struggle to remain valuable is seemingly paying off as most coins are currently regaining loss values. Even though the Feds are still hawkish, the market is gradually moving towards a bullish sentiment.

However, the bullish trend in the broader crypto market is spreading gradually. The leading crypto kept its position strongly despite the bears struggling to take over.

The appearance of the bulls has deterred further decline for BTC. Other cryptocurrencies are taking to the north, with Ethereum Name Service (ENS) emerging as the top performer.

With the new movement of prices, the cumulative market cap has hit $964.91 billion, indicating a surge of 0.70% over the past 24 hours. The overall implication of events shows a slight improvement in the trend compared to yesterday and last week. However, the broader crypto market sentiment still has elements of fear.

After hitting the critical level of $20,000 a few days ago, Bitcoin is currently displaying its sustainability. The asset has defended its stance on the level and also made an impressive consolidation. This was noted in the early trading hours of September 6, as the price of BTC reached $20,200.

It’s worth noting that the bears tried to pull down the price of Bitcoin yesterday as the token recorded $19,730 on Binance. Remaining at the critical level is the only chance for the leading crypto to make further uptrend.

At the time of writing, Bitcoin is hovering around $19,862 depicting a loss. Its market cap has reached over $386.2 billion, while its dominance over altcoins is at 40.04%.

Bitcoin depicts a loss on the chart l BTCUSDT on Tradingview.com
Altcoins Are Calm, While ENS Surged

The price movement for the altcoins show calmness, with a minimal drop for a few tokens. Most of the assets have consolidated their reclaims in the past day.

But the Ethereum Name Service’s coin, ENS is taking the lead with an almost 11% increase in today’s early hours trading. At the press time, ENS is trading at $16.91. EVMOS is closely following. Recall that EVMOS was the worst crypto asset in price performance as of yesterday. For Ripple (XRP), it seems to be a time of strength with progressive performance.