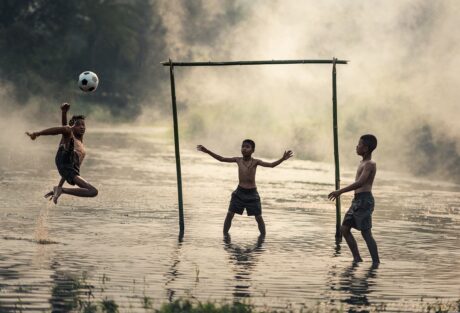 Crypto is becoming mainstream in Brazil, with 7.8% of the country’s population (about 16 million people) owning cryptocurrency. As a result, exchanges such as Binance, Crypto.com, and Coinbase are soaring in Brazil.

Brazil is becoming the primary crypto market of Latin America as records show over 12,000 Brazilian companies have crypto holdings.

According to reports, Receita Federal do Brazil (RFB) recorded 12,053 companies that declared crypto in the balance sheet in August 2022.

From the RFB release, Bitcoin is the highest among the crypto holdings, with Tether stablecoin tailing closely after BTC. In addition, the August numbers are the highest so far, with a 6.1% increase from the July number of 11,360.

While the number of institutional investors increased, individual crypto investment reduced from July to 1.3 million in August. However, the total number of holdings reduced, with August showing $2.1 billion, which may be due to the current bear market.

Tether stablecoin USDT got the highest transaction volume, with over $1.42 billion moved across 80,000 transactions in August. This value is approximately $17,500 per transaction on average.

BTC followed closely behind Tether with nearly $270 million in transactions and the highest volume of over 2.1 million in August. But BTC had a lower average transaction of $130 than Tether.

Bitcoin stays below the $20,000 boundary l BTCUSDT on Tradingview.com

The Stablecoin USDC fell from third place to fifth in value transacted from July to August. USDC lost to Tether and Brazilian Digital Token (BRZ). BRZ is a real-pegged ERC-20 token.

Bitstamp Crypto Pulse reports that Brazilians maintain a bullish stance on cryptocurrency, with 77% declaring their trust in digital assets in September. In addition, several financial companies in Brazil, such as XP Inc. and PicPay, have begun to offer crypto services. Both PicPay and XP Inc. integrated crypto exchange services in August.

Furthermore, Binance has increased its operations in Brazil, doubling its steam in March, and opened two new offices on October 4. With the increased mainstream crypto adoption, Binance is looking to spread its net and tap into the emerging market.

Recently, Binance announced two new offices in Sao Paulo and Rio de Janeiro, with over 150 employees to cover operations. The crypto exchange also operates with the approval of Brazilian Regulations.

The increasing crypto adoption in Brazil could be due to the macroeconomic situation in the country. In April, inflation rates in Brazil saw a 12.1% increase, the highest in 26 years. However, the latest Data from the Statistics Agency in Brazil shows the rates have gone down to 8.7% in August.