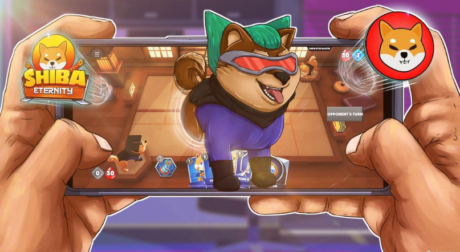 SHIB, along with the greater majority of the crypto space, stared at price dips for the last 24 hours with the asset declining by 7.7%.

Shiba Inu seen growing five times towards the end of October after Shiba Eternity release
SHIB down 8.8% for the past seven days
Shiba Inu headed for another bearish momentum

The 13th largest cryptocurrency having a total market capitalization of $5.9 billion currently trades at $0.00001019 according to tracking from Coingecko.

The dog-themed altcoin akin to Dogecoin has now lost 8.8% of its price for the past seven days and is on a position that is far from what was expected of it after the release of the Shiba Eternity game.

Following the development, Shiba Inu was forecasted to have a bullish rally and immediately grow 3x in terms of trading price.

Not only that, the asset was also predicted to increase in value as it changes hands five-fold. But the recent decline made some crypto enthusiasts wonder why SHIB price lost its energy after Shiba Eternity games’ release.

SHIB failed to leverage the release of one of the highly anticipated games in crypto space this year to help it move out of its slump and bearish momentum.

But one should take into consideration that “Eternity” is a newly introduced one and might not yet have the ability to command great demand for the SHIB community.

It will take some time for it to command significant demand and token burns – two factors that could help Shiba Inu finally have its bullish run.

As great as the hype it created was, excitement died down as soon as the game became available. The token’s performance once again put doubt among those that were hopeful for an upward trend.

Right now, as the crypto is down once again, SHIB investors should look out for these signs before Shiba Inu’s next big move.

SHIB: On Sentiments And Price

At the time of writing, data from Santiment reveals the weighted sentiment for SHIB is on the negative territory again, just as its price was back on a decline.

The 90-day mean coin age is also experiencing a continuous drop, moving towards the lower part of the four-week range. This movement indicates another bearish run for Dogecoin’s fellow meme crypto.

Investors who have bought SHIB within the last three months are selling their holdings, increasing the selling pressure that upended any bullish volume that the asset is banking on.

Additionally, mega accounts that are home to trillions of coins have also been selling and offloading their coins.

With this, SHIB investors should expect bullish movement of the crypto asset once the selling pressure drops significantly.

Also, they can also wait for the Shiba Eternity game to mature a bit and have the capacity to command large token demand and hope that this will propel SHIB price to new heights once again.