Elrond (EGLD) Price May Break Past $56 Hurdle – Here’s How 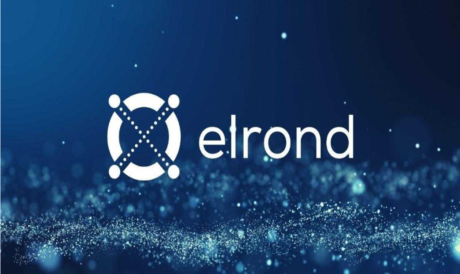 Elrond, together with Polygon and Uniswap, were the three altcoins mentioned in a recent news report by CNBC to watch out for this month as they managed to tally significant gains despite the continued grip of bears in the crypto market.

Elrond is currently in a bullish pattern, ready to test the $57.7 resistance marker
EGLD could go as high as $67.5 if its bull momentum continues
Experts predict the asset ending the year with price closer to its November 2021 ATH

But the blockchain token improved its performance, painting its chart in green except for its year-to-date price which remained in red, much like the rest of the crypto space.

Elrond fell victim to a massive price correction over the past weeks, helplessly going down by as much as 32%.

But the asset’s current technical analysis chart shows its price is caught in a cup and handle pattern which in crypto space signals recovery.

The recovery happened but was short-lived and stopped at $57.5. Incidentally, this is the resistance marker that buyers struggled to surpass.

If Elrond resumes its bullish momentum and the crypto successfully breaks the crucial $57.7 price marker, it will catapult itself into a rapid bull run, reaching the $67.5 mark.

Investors and holders of the altcoin should still be cautious as a breakdown below the mentioned resistance marker will mean a price dump all the way to $51.5.

As the cryptocurrency is recovering from the beating it took last month, experts share their analysis for Elrond price.

Leading forex and crypto education portal Trading Beasts said their logical algorithm predicts EGLD may reach $184 by the end of 2022.

Wallet Investor, on the other hand, gave two forecasts for Elrond price. The first one is that will exit the year with a trading price of $252. The second one is a five-year prediction for the token which they see reaching $612 in 2027.

Meanwhile, Crypto Gunther said too much variation between the asset’s maximum and minimum price makes it hard to decide whether to buy or not as its prediction for EGLD by the end of 2022 stands at $210.

Finally, public finance leader GOV Capital is the most bullish in terms of price prediction for the crypto as the company said it will end the year with a price of over $870.

Although the price forecasts seem out of this world considering the current value of Elrond, the asset has already shown it is capable of reaching such levels when it attained its all-time high of $545.64 in November 23, last year.