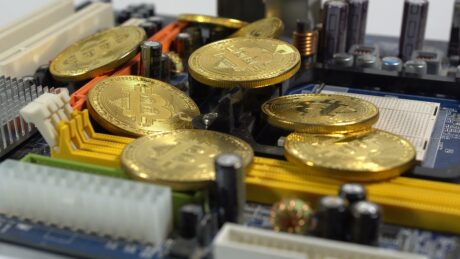 Over time, the crypto market has strongly correlated with US equities, and Bitcoin has indicated a significant correlation with S&P 500 index. The price of the primary crypto asset has followed a similar pattern to the stock.

Many predictions from experts on BTC were drawn from the possible outplay for the equity stock. Also, the response of Bitcoin to critical macroeconomic conditions is related to that of the stock index.

Following the correlation between the two markets, some market experts give forecasts for future price trends. According to Morgan Stanley’s CIO, Michael J. Wilson, the US will soon have a short-term rally of 16%. The bear market expert noted that the price surge would only be possible without an official recession or earning capitulation.

According to Wilson, the US stock market will witness a short-term recovery. This offers the possibility of the S&P 500 hitting the 200-weekly moving average (WMA), as per Bloomberg.

Due to the unfavorable macroeconomic conditions and the impacts of the increased interest rates, the index dropped this year. However, the present price movement for Bitcoin has not been too impressive.

BTC price is currently below its critical level of $20K. Also, the 200-WMA is close to the $23k region. Even with its short-term rally in August, Bitcoin is yet to cross the 200-WMA.

Bitcoin has experienced several price rallies following the crypto winter that pushed the price below $20,000 in June. But the battle seems to be unending. The bulls are yet to take a more potent force against the bears keeping the BTC price still hovering below $20K.

Recall that Wall Street’s most notable prominent bearish voice, Michael Wilson, predicted this year’s decline correctly. His position on a long-term overall negative trend in the stock market is still unfazed. But currently, he predicts a 16% short-term price rally.

The Wait For Feds’ Next Hike On Rates

Activities in the crypto market seem to be dragging. Most traders take their time with little or no significant transactions. Instead, they are expecting the outcome of the next Fed FOMC meeting slated on Nov 2. The decision in the meeting will drive the market for the next few months.

A report from the CME FedWatch Tool indicates a 95.4% possibility of another 75bps hike. Also, the Dollar index moves higher toward 113. Recall that the US Federal Reserve has maintained a hawkish stance in controlling inflation despite increasing fears of recession.

From Michael Wilson’s analysis, inflation has hit its peak. Though the core CPI data surged to a 40-year high, the Fed may impose a 50-bps hike on rates.

Bitcoin trends on the $19,500 line l BTCUSDT on Tradingview.com