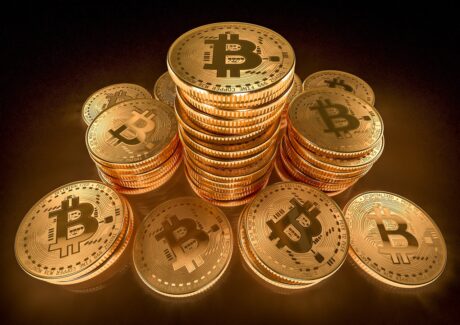 Bitcoin has been moving sideways for the better part of a week after rebounding from a monthly low at around $17,900. The number one cryptocurrency hinted at a potential breakout, but once again the bulls are losing momentum leaving BTC’s price stuck at its current levels.

At the time of writing, Bitcoin (BTC) trades at $19,500 with a 2% profit in the last 24 hours and sideways movement over the past week. The crab-like price action is replicating throughout the crypto market with large assets moving either sideways or to the downside.

Data from research firm Santiment indicates that Bitcoin has been moving sideways for the past 4 months with spikes in volatility over that period. Regardless of BTC’s price, the research firm claims that the cryptocurrency might be in the process of bottoming based on several metrics.

First, Santiment looked into the cryptocurrency’s distribution or the amount of BTC currently being sold in the market. After the pronounced crash from the 2021 highs, the current BTC market, the research firm claims, is looking like the 2017 to 2019 period.

This crab-like price action can last for many years, but they hint at the cryptocurrency finally reaching a long-term bottom. In addition, social volume, the number of people talking about Bitcoin on social media, has been declining following the price action.

This indicates that levels of euphoria are low and approaching their 2018 bottom. During these times, there are usually levels of leverage and speculation in the market.

Santiment wrote the following on the similarities between Bitcoin’s current price and its 2018 price action. At that time the cryptocurrency recorded a new all-time high, and went into a multi-year bear market:

Bitcoin’s long-term metrics have shown encouraging signs of a turnaround for a few months now, despite prices being stuck in the mud. (…) looking at the long-term data current situation doesn’t look as terrible as it might seem from the outside perspective. Of course, history does not repeat but it might rhyme.

Source: Santiment
This Is When BTC’s Price Might Push Back On The Bears

Despite the data shown above, the Bitcoin price has been displaying a high correlation with traditional equities. The cryptocurrency is moving more and more in tandem with major legacy stock indexes, such as the S&P 500 and the Nasdaq 100.

At the same time, these assets have been and are likely to continue experiencing fresh selling pressure as long as the U.S. Federal Reserve (Fed) maintains its current monetary policy. Put into motion to slow down inflation, the Fed has been hiking interest rates and reducing its balance sheet.

The latest U.S. economic data, as NewsBTC has been reporting, indicate that the financial institution could continue to put pressure on inflation, equities, and Bitcoin. While this status quo remains, the crypto market is unlikely to form a convincing bottom, or at the very least, might see its upside potential limited.