Ethereum Price Tries To Move Upwards As It Tries To Break Consolidation, What’s Next? 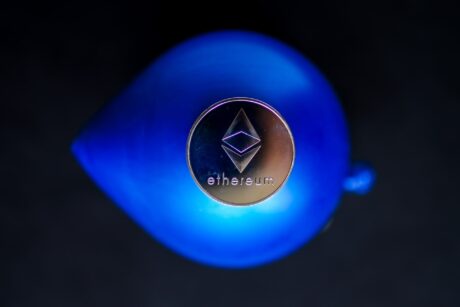 Ethereum price displayed a recovery on its one-day chart. In the past 24 hours, the coin rose by 3%, which has now shifted the altcoin’s support level to a new one. The Altcoin is still not out of the woods as the bears continue to dominate.

Buyers are still less in number as compared to sellers, which is a sign of bearishness. If the Ethereum price continues to maintain its upward movement, an influx of buying strength can be witnessed on the 24 hour chart.

Over the last week, the Ethereum price has barely made any progress as it was laterally trading. With Bitcoin price appreciating in the last 24 hours, altcoins made slow recoveries on their charts. The $1,270 zone continues to remain a critical support zone for the coin.

A fall from the present level will drag ETH to the aforementioned support level. The bulls could be expected to make a comeback if Ethereum touches the $1,400 price mark. Without constant buying support, the same remains unlikely.

Another important resistance point was at $1,460. The bulls could then help the altcoin rally on its chart. If ETH loses footing now, the local support line is at $1,260, and falling through that will push the altcoin to the $1,200 level. The amount of Ethereum traded in the last session was low, signalling fewer buyers.

ETH continued to display a bearish technical outlook as sellers continued to dominate at press time. Even though buyers tried to recover on the chart, selling pressure was strong. The Relative Strength Index was below the 50-line despite an uptick in the indicator.

This meant that buying strength was low as compared to sellers on the one-day chart. The Ethereum price was below the 20-SMA line, which also signified bearishness, which meant that sellers were driving the price momentum

The altcoin also displayed mixed trading signals, as on the one-day chart, Ethereum had buy signals. The Moving Average Convergence Divergence shows the price momentum and direction of the asset. MACD underwent a bullish crossover and formed small green signal bars as a buy signal.

The Directional Movement Index also depicts the price direction and strength of the same. DMI was negative as -DI was seen over +DI. The Average Directional Index (red) was closer to the 40-mark, indicating strength in the current price momentum.