Aptos (APT) Ranges Just Above $8, Is It Time To Dump Those Airdrop Tokens? 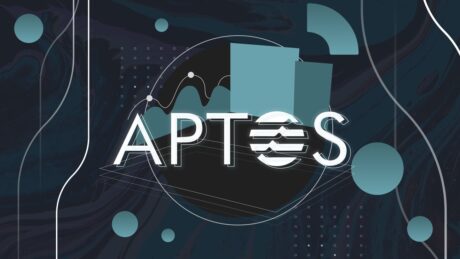 The Aptos (APT) launch has become one of the most chaotic launches in recent crypto history. The digital asset had made its way to the mainnet and the centralized exchange listings had poured out soon after. However, the project was soon inundated with inquiries about the tokenomics and how the community was supposed to get the tokens since there was no Initial Coin Offering (ICO). Cue a rushed airdrop that was worth thousands of dollars at launch.

Hours before the Aptos (APT) token was meant to go live on leading exchanges such as Coinbase, Binance, and FTX, crypto Twitter had begun to ask important questions about the project. First was that the exchange listings were being announced without the tokenomics being made public. This led to a post from the project announcing the tokenomics.

Next came the inquiries about how members of the community were supposed to get the 51% of the token supply that was allocated for the ‘Community.’ Due to suspicions that investors in the project already had the tokens ready to dump on retail, users had begun to brand the launch as a pump-and-dump scheme. Furthermore, the community bemoaned the lack of an airdrop or at least an opportunity for users to get APT tokens before the exchange listings.

What would follow would be one of the most unexpected airdrops in the history of crypto. The retroactive airdrop was announced to reward “early network participants with APT tokens.” The stash for each participant came out to around 150 APT tokens each, which were worth thousands of dollars at one point.

The APT airdrop has now made the rounds and a majority of eligible participants are expected to have claimed their tokens already. Data from crypto exchange Binance shows a 24-hour high of almost $60 for the digital asset, which would make the 150 Aptos tokens claimed from the airdrop worth approximately $9,000 at one point.

The price of APT has since declined more than 85% since then and the current price of the altcoin is now trending at $8. This would put the value of the APT airdrop tokens at $1,200 at the time of this writing. For some, this may not be an attractive price level to sell out.

However, over the years, the data has continued to point against holding on to airdropped tokens. A Messari study back in the first quarter of 2022 actually showed that it was more profitable to flip airdropped tokens as soon as they are received. While there are some outliers that have made more money over the long term, the overwhelming majority have been more successful selling right away.

APT is less than 24 hours old on the market, which means there could be more dumps coming after the current pump. If this happens, then airdrop holders could see the value of their tokens decline rapidly. Aptos is also reportedly going to carry out another airdrop which will likely require different criteria than the first.