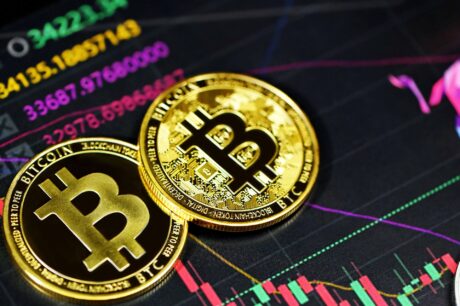 Bitcoin price has been trading sideways, struggling to break past its immediate resistance level. Over the last 24 hours, Bitcoin fell by 1%, confirming sideways trading. In the last week, BTC has barely made any progress with its price.

If the coin continues to stick around the same price level, it could soon be a free fall for the asset. The technical outlook points towards the weakness in buying power. Demand for the coin remains low as the asset fails to move up north.

Depreciation from the $17,000 level can even drag the price of the asset to $16,000. A push above the $20,000 mark could invalidate the bears for sometime, but demand for BTC has to shoot up over the immediate trading sessions.

BTC was trading at $19,200 at the time of writing. The coin has been rejected from the $19,600 price level in the past trading sessions.

The amount of Bitcoin traded in the last session declined which indicated a falling buying strength at the time of writing.

The coin’s demand has decreased as a result of the consolidation. The technical indicators pointed out how the bears were still in charge. A move to the next resistance level could help BTC gain buyers.

The Relative Strength Index was below the half-line, which meant fewer buyers and more sellers.

The Bitcoin price was below the 20-SMA line, which meant that there was a lack of demand and that sellers were driving the price momentum in the market.

The other technical indicators also signalled bearish strength. However, the one-day chart managed to paint buy signal for the coin.

The Moving Average Convergence Divergence measures the price momentum and the overall direction of the asset.

The MACD continued to form green signal bars, which was buy signal for the coin. This could indicate that BTC might witness upward movement on the chart.

The Directional Movement Index points at the price direction and strength of the asset. DMI was negative as the -DI line (orange) was above the +DI line (blue).

The Average Directional Index (red) was below the 20-mark, a sign of weakness in the current price movement.