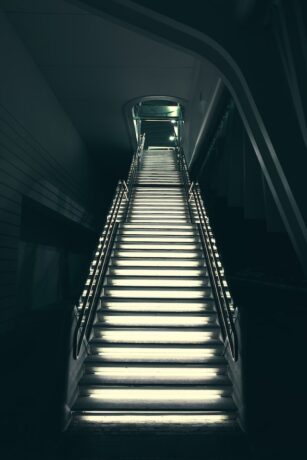 The crypto market is finally showing relief after days in consolidation mode; Ethereum is leading the market with significant profit on lower timeframes. The second crypto by market capitalization is reclaiming its position as a market leader. The last time ETH’s price displayed this price action was in September before “The Merge.”

At the time of writing, Ethereum trades at $1,460 with a 10% profit in the last 24 hours and seven days, respectively. In the crypto top 10 by market cap, other cryptocurrencies are following ETH and trading in the green for the first time in weeks.

What Is Driving Ethereum Higher?

The crypto market rebound is driven by a decline in the U.S. Dollar, as measured by the DXY Index. The currency was at a two-decade high due to current macroeconomic conditions, but at 114, it was finally rejected.

Over the past weeks, the DXY was trending higher, pushing other assets into support, including macro assets considered safe havens, such as gold. In particular, the currencies of U.S. allies, Japan, the United Kingdom, and the European Union, suffered during this dollar rally.

DXY breaking down on the daily chart. Source: Justin Bennett via Twitter

The United States was facing pressure from its allies to alleviate the stress on their economies. Three weeks ago, the United Nations (UN) called on the U.S. Federal Reserve (Fed) to shift its monetary policy and halt interest rate hikes.

Since then, some Fed representatives hinted at a potentially less aggressive monetary policy, which might have triggered weakness in the DXY Index. The chart above shows that the currency broke its bullish trendline and might be gearing up to re-test support around 109.

This decline might allow Ethereum to extend its bullish momentum and reclaim the area north of $1,500. Data from research firm Santiment, the bullish momentum spilled to other asset classes. Via Twitter, the firm wrote:

Ethereum has surged to $1,415 on a breakout Tuesday for #crypto. The Dollar value has dropped fairly notably today, and its growth coming to an end (or at least a pause) would be a key component to the next breakout of cryptocurrency market caps.

Flippening In The Making

The upside move is turning market sentiment more optimistic. Some experts expect the bullish momentum to extend, with Bitcoin and Ethereum facing significant resistance levels at $20,500 and $1,500, respectively.

Economist Michaël van de Poppe made a bullish prediction for Ethereum. The experts advise traders not to chase the current move at lower timeframes.

If bulls have conviction, the price action is poised to re-test previous levels before reclaiming lost territory north of $1,500. Late longs might suffer in this process.

Ethereum cracked a ton of levels with this massive move. Great flip of $1,320 inducing continuation towards $1,500. Ethereum will flip Bitcoin this cycle, but now it’s not the time to chase. Looking for some healthy corrections to play the next move to $1,600.